Economists love to talk about the theory of comparative advantage, which holds (somewhat counterintuitively) that two countries trading with each other will be better off if each specializes in what it does best, even if one country has an absolute competitive advantage in the production of all goods and services that are traded.

David Ricardo famously argued that it made sense for England to specialize in the production of cloth and Portugal that of wine, even though Portugal could produce both goods more cheaply.

Unfortunately, the theory has limited application to the real world, and can have pernicious policy consequences.

At a theoretical level, the theory of comparative advantage makes some key assumptions that are highly problematic, namely that both trading partners have full employment and that capital does not flow between them.

Nor is it clear what comparative advantage for a country consists of outside of physical endowments such as resources and climate, which clearly limit wine production in England. The state of technology and skills matter for trade, but they can clearly be changed by private and public investment.

International trade in the real world is often much more like trade within any one country, in which some regions can indeed be winners while others are losers. In the case of Canada, the post-Confederation Maritime provinces languished and de-industrialized as capital and labour flowed out to Ontario and the West.

And countries and regions can become locked in to overspecialization, as in the wheat economy of the Prairies that collapsed in the 1930s with disastrous consequences.

The theory of comparative advantage has been used to justify trade and investment deals such as the North American free-trade agreement, in which it was argued that labour-intensive manufacturing should shift to low-wage countries, like Mexico and China, while Canadian manufacturing should restructure based on our alleged comparative advantage in technological sophistication, innovation and skills.

But it turns out that low-wage countries not only have a competitive advantage based upon relatively low wages, they have also created a competitive edge in sophisticated industries.

Consider the recent bid by China to assist in the design, build and operation of high-speed trains in Ontario, perhaps in return for preferred access to raw resources. China is seeking to displace Bombardier, one of our foremost innovative companies, in our own domestic market.

Just as instructively, Bombardier is entering into joint aerospace production deals with Chinese companies, in large part because that is the key to access to the Chinese market. China wants to import our raw resources, not out trains or our planes, and wants to build up a competitive aerospace industry.

In Canada, as recently outlined by Governor Stephen Poloz of the Bank of Canada, manufacturers are not well placed to take advantage of the lower dollar caused by a resource slump for the simple reason that a great deal of production capacity has been lost since 2000 due to plant closimgs. At the same time, there has been very little new industrial investment outside the resource sector.

Mr. Poloz notes that it may take some considerable time for our economy to re-orient itself to changed realities, and for new job creation related to trade in manufacturing to replace lost jobs in the slumping resource sector.

To go one step further, it can be argued that the theory of comparative advantage told Canadian policy makers to do exactly the wrong thing. We specialized in resources, especially oil, and rejected China-style active industrial and trade policies that would have helped manufacturing restructure toward high value-added, innovative, intensive production that is less vulnerable to low-wage competition.

Dare I say it ... Having put all of our eggs in one basket, the chickens are coming home to roost.

Andrew Jackson is an adjunct research professor in the Institute of Political Economy at Carleton University, and senior policy adviser to the Broadbent Institute. 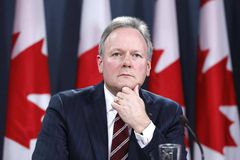 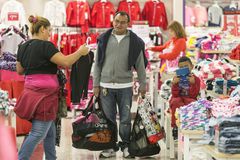 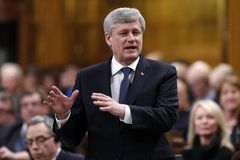 For Ottawa, it is time to invest, not cut
Subscriber content
February 5, 2015