Maybe the story is just too juicy for business writers to ignore, but daily news items about Alberta's economic free fall are more common these days than mosquitoes. Words such as "catastrophe," "crisis" and "collapse" punctuate articles about job losses and an economy in apparent chaos.

While it may make for sensational reading – especially for those in the rest of the country who may be enjoying a bit of schadenfreude – the data on Alberta's economy tell a different story. Rather than collapse, the regular monthly indicators suggest a stable yet moderating economy.

First, retail sales in Alberta actually rose a bit in May (the most recent month available) compared with April, and over the first five months of the year total sales have trended slightly higher. True, sales did tumble over the second half of 2014 when the economy started to weaken. But over the past complete 12 months – roughly from the time when oil prices started to fall – total sales are up by 3.2 per cent compared with the previous 12-month period. Hardly a collapse.

Second, housing starts – one of the very best indicators of consumer confidence and demand – have held steady throughout the economic downturn. In June, 2015, there were 41,800 new housing starts throughout the province (seasonally adjusted at annualized rate). That's well ahead of the five-year monthly average of 34,000. And June wasn't some weird anomaly. Over the past 12 months, monthly starts are up by 7 per cent compared with the previous period.

Third, interprovincial migration continued reasonably steady in the first quarter of the year. A typical pattern in Alberta's regular economic slumps is to see a net outflow of people returning to their home provinces. But in the first three months of 2015, there were still more than 24,000 new arrivals to the province – nearly 7,000 more than those who packed up and left.

Fourth, manufacturing has also held its ground surprisingly well. Alberta is not thought of as much of a manufacturing hub, but in dollars per capita it isn't far behind Ontario. In May, it held steady at $5.8-million (seasonally adjusted), essentially unchanged from the beginning of the year. Manufacturing did take quite a hit over the last half of 2014, losing more than $1-billion monthly from its peak in June, 2014. But rather than spiralling constantly downward, it levelled off in January of this year and hasn't budged since.

And finally – perhaps the best economic indicator of all – employment in Alberta has actually increased since the oil price peak in June, 2014. Compared to that month, there are nearly 23,000 more people working (+1.0 per cent). Of course, there have been thousands of good-paying jobs lost in the petroleum sector and related industries. And the new jobs that have been added have generally been lower-paying service-sector jobs. Still, with an unemployment rate of only 5.7 per cent in June, the job market can hardly be called a catastrophe.

So if everyone believes that Alberta's economy is in the toilet, why don't the data agree?

Part of the puzzle lies in understanding that the economic indicators are just that: indicators. It's not that the numbers are wrong, but they can paint a slightly blurry picture if used in isolation. The labour statistics just quoted offer a good example. Despite having added workers, the quality of the jobs are poorer and the overall job market is still weaker than a year ago.

Also, these indicators are generally lagging, describing what has already happened rather than what is to come. As most of us in Alberta can sense, the second half of 2015 might turn into a bigger struggle yet as oil prices continue to slump. Companies may be preparing for more layoffs, and consumer sentiment may erode further in the coming quarters.

But even though the indicators are imperfect lenses through which we examine the economy, they can help balance the pessimism and exaggeration about Alberta's economy. Without question, 2015 is going to be a tough year – and we may not have seen the worst of it yet. On the other hand, it's probably not as bad as most of the news stories are portraying. Don't believe me? Just crunch the numbers.

Todd Hirsch is the Calgary-based chief economist of ATB Financial, and author of The Boiling Frog Dilemma: Saving Canada from Economic Decline

Summertime, and the oil patch is uneasy
Subscriber content
July 21, 2015 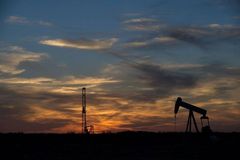 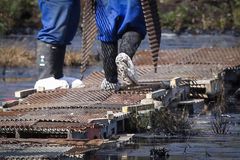