Many Canadians have experienced being on a flight somewhere warm and tropical and returning home to cold and miserable weather. Leaving Phoenix or Fort Lauderdale, it may have been 30 degrees. But as the plane begins to land at the Canadian destination, the pilot may announce, "The current temperature is 1 degree."

You may ask "Did he say 1 degree? Or -1 degree?" At that point, the difference between water freezing or not will be meaningless. It's going to feel much colder regardless of the negative sign in front of the digit.

The same is true with the current obsession over whether Canada is in recession. The normal definition of a recession is two consecutive quarters of contraction in the value of the gross domestic product. Even that definition has been challenged by some economists. And even if Canada avoids a technical recession, what does it matter? The economy is operating far below what it should be.

Economic management was the trump card for the federal Conservatives, but prospect of the "R" word in 2015 is turning the economy into one big liability. Prime Minister Harper cannot be too pleased with all of these economists debating whether or not we're in recession. The opposition parties must be relishing the prospect of Statistics Canada "confirming" that indeed Canada fell into recession just as the fall election campaign kicks off.

Economists and politicians would do much better if we stopped obsessing over whether or not we are in recession. If the economy eked out a small bit of positive growth in the second quarter, but contracted sharply in the third quarter, we would have technically avoided a recession – but the economy would be in worse shape.

Rather than fussing and arguing over whether we are technically in a recession, the better question to ask is: "Why is the Canadian economy operating far below potential?" That's a more difficult question – one that doesn't produce a binary yes or no answer.

If it is any consolation to Mr. Harper's supporters, the current underperformance of the Canadian economy has nothing to do with the federal government's policies. It has everything to do with slumping world oil prices, disappointing export values and panic in places such as Greece and China. In other words, Canada's lacklustre economic performance is largely not of our own making. The few bits of domestic drivers – the housing market, consumer spending, etc. – have generally been stable. External factors are driving this slump.

But while it's true that most of the current malaise is due to factors beyond our control, it doesn't give us the right to say, "Well, that's just the way it is – nothing we helpless Canadians can do about it." In fact there are things that can be done. They may not jolt us back to life this summer, but they'll pay off in the future so we can avoid repeat performances.

Making our manufacturing exports more competitive would be one place to start. Despite the loonie now well below 80 cents (U.S.), exports to the U.S. have been a surprising disappointment. Why? Because much of our manufacturing sector is still largely oriented to production models of the 1970s and 80s. More niche manufacturing, more global supply chain integration and less costly production should be encouraged.

Another thing we can do is ween ourselves off such a heavy reliance on one or two global commodities (and I'm looking at you, Alberta). The slide in crude oil prices has left Canada's main engine of growth a drag on the economy. But if the energy sector was enlarged to include not just hydrocarbons but also renewable energy systems and environmental management services, the current situation would be far less troublesome. What if Alberta was the world's largest exporter of geothermal engineering services? Or if the world was beating down the door of Ontario companies for waste management services?

All of this is difficult to suddenly realize. There is no magic wand. But recognizing our economic weaknesses and our vulnerability to global market forces is a place to start. Arguing about whether we are in a technical recession or doesn't change anything – and in fact, it may detract us from the more important work at hand.

Why Doctor Poloz was right to call for more medicine
July 15, 2015 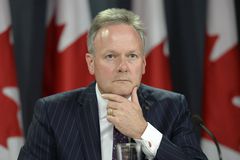 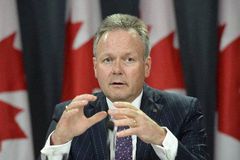 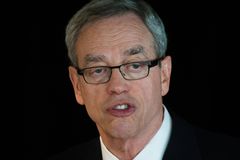