For much of the economy, it hardly matters what Stephen Poloz and the Bank of Canada do on Wednesday.

One of the key lessons of the past year is that monetary policy isn't a cure-all. On its own, it won't get Canada out of its slow-growth rut. Two interest rate cuts in 2015 kept cheap credit flowing and helped send the Canadian dollar skidding lower, but they didn't stop the economy from stalling. One more cut this week won't alter the economic outlook or change the direction of commodities prices.

"Productivity is the ultimate engine of growth in the global economy," Angel Gurria, the secretary-general of the OECD, explained in his introduction to a major 2015 report on the subject, The Future of Productivity.

Solving the productivity puzzle, he argues, is the key to countering the big challenges facing many developed countries – an aging work force, strained government budgets, inequality and threats to the environment.

The ultimate goal is "strong, inclusive and sustainable growth," according to Mr. Gurria.

That statement represents a sea change in thinking for the OECD, the policy hub for the world's wealthiest countries. For years, the organization has argued that the key to productivity growth lies with a suite of economic policies, such as free trade, low inflation, modest public debt, competitive tax rates and investments in education.

"The country has adopted so much of their advice but has little economically to show for it," Queen's University economist Don Drummond laments in a new Centre for the Study of Living Standards report, Progress on the Mystery of Productivity.

The OECD is now looking more closely at how to get companies to respond to key productivity drivers, including more efficient deployment of skills, technology and innovation. It says countries should embrace policies that encourage the development of corporate value chains, attract skilled labour and ease corporate formation and help spread innovation to smaller companies. Among other things, the OECD recommends better adult learning policies, portable health and pension plans, as well as housing regulations that don't impede labour mobility.

One area where Canada does notably poorly is global value chains (third worst performance among 34 OECD countries). This is calculated by tallying the value of Canadian products that end up in the exports of other countries plus the foreign content built into Canadian exports.

Canada's weakness in this area is likely caused by the presence of few large Canadian-based multinationals and the dominance of natural resources in our exports.

As Mr. Drummond puts it: "Our firms do not play well with others."

Canada could also do a much better job of producing the types of skilled workers the economy needs, he says.

There isn't much that Mr. Poloz or the federal government can do about low resource prices.

Resources represent roughly 20 per cent of Canada's economy. That, in theory, means the other 80 per cent is doing just fine.

The problem is that resource extraction – particularly oil and gas – accounts for an outsized share of Canadian exports, investment and economic growth. Or at least resources did before the recent price rout.

We could just sit and wait for resource prices to recover, or take steps now to bolster the long-term prospects of the other 80 per cent of the economy.

But many of the root causes remain a puzzle, even to the OECD and policy experts.

Just don't look for answers from the Bank of Canada this week.

There is an upside to Canada's downward dollar
Subscriber content
January 15, 2016 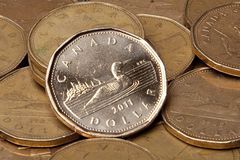 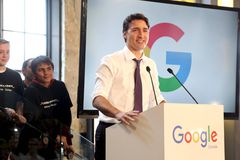