Carl Mortished
LONDON
Contributed to The Globe and Mail
Published September 28, 2016 Updated May 16, 2018
For Subscribers

In order to understand Brexit properly, you need to look back in history and the best precedent is probably more than four centuries ago when Henry VIII dissolved England's ties with the Church of Rome.

Brexiters love the analogy, in which Brussels plays the part of the Vatican City and the European Commission is a conclave of scheming cardinals with Jean-Claude Juncker as its pope. It plays all the right notes for the anti-EU partisans – a foreign and mysterious bureaucracy with imperial ambition making rules against which there is no appeal The idea that Brexit is a sort of rerun of the Protestant Reformation was mooted in the runup to Britain's referendum on EU membership and it is gaining traction. You might wonder what an archaic religious quarrel has to do with political rows in the European Union. However, both are about the relationship between individuals and established authority and some people think that the roots of euroskepticism lie in Protestant rebellion against a centralizing and overbearing Catholic elite.

Next year, in October, it will be 500 years since Martin Luther nailed his 95 theses to the door of a church in Wittenberg in Germany, accusing the Catholic Church of corruption and luxury. Henry VIII had more selfish motives to kick out Rome, notably his wish to annul his marriage to Catherine of Aragon and, later, the opportunity to fill his treasury with gold looted from the monasteries. But at its most basic and secular level, the Reformation was about seizing power from the Vatican elite.

It's no accident that the Brexit referendum slogan was "take back control." Some European political analysts reckon it is also no surprise that euroskeptic opinion is most prevalent among the Protestant countries of Northern Europe – Britain, the Netherlands, Denmark and northern Germany. Supporters of Alternative fuer Deutschland, Germany's anti-EU and anti-immigration party, have held rallies in Wittenberg. Meanwhile, the traditionally Catholic states of Southern Europe, such as France, Italy and Spain are more EU-friendly, anxious to hold everything together and maintain European cohesion.

The Reformation provides food for political analysis but the wider question is whether Brexit will make Britain (and others) richer or poorer. Nomura, the investment bank, has used the Maddison Project database to look at how England fared when Henry VIII made himself head of the Church of England. Unfortunately, the Reformation precedent does not suggest Britain will thrive after kicking out the Brussels cardinals. The British economy flat-lined for a hundred years following the Act of Supremacy in 1534, then collapsed in the English Civil War and only began to expand when the Industrial Revolution took off.

This seems to tell us that wealth creation is more likely to follow technological disruption than political reorganization. Moreover, while the raw historic data suggests that most people were not better off, it says nothing about the great achievements of the Elizabethan Age (a subject dear to the heart of the government Brexit clique), such as global exploration and discovery, literature, art and colonial conquest. It also says nothing about the hideous religious persecution, massacres and wars that followed the Reformation.

We will probably not know the economic impact of Brexit for a decade and its full implications for Europe and world trade and security will take even longer to become understood.

Even as the British government quarrels over Brexit and how free trade can be squared with controls on immigration, it is worth taking one more glance at the reign of the Tudor king.

In Portsmouth, the maritime museum's most glorious artifact is finally on view, the hulk of the battleship Mary Rose. The flagship of Henry VIII's fleet foundered and sank mysteriously in the Solent strait in 1545 when it performed a sharp turn to evade the French and water flooded the open gun ports. Historians have argued endlessly over the seemingly stupid mistake by the Mary Rose captain. However, examination of the skulls of 18 crewmen recovered from the wreck, may provide an explanation.

Forensic scientists have concluded that chemicals found in the teeth of the dead crew prove that most of the Mary Rose sailors were not English, but foreign, probably of Mediterranean origin. Historians now reckon they were either mercenaries or Spanish prisoners of war and the most likely explanation of the sinking of the Mary Rose was that the foreign sailors could not speak English and misunderstood the captain's orders.

It's one of the consequences of being a successful nation. You pick up a lot of foreigners along the way. 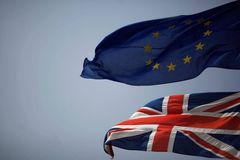