U.S. President Donald Trump and his carbon-loving environmental chief Scott Pruitt are easy to criticize for their gassy prevarication on climate change and fossilized thinking about coal. But when it comes to fuel-efficiency standards, they aren't the ones in denial.

The 2025 fuel-economy targets first set in 2010 by former president Barack Obama's administration, and seconded by Canada's then Conservative government, always seemed about as realistic as a hyperloop between Montreal and Toronto. Once oil prices tanked a few years later, they became just another example of fantasy climate regulation, a favourite game of self-proclaimed progressive politicians.

Just before leaving office, Mr. Obama's Environmental Protection Agency nixed a scheduled review of its requirement aimed at raising the average fuel economy of light-duty vehicles sold in North America to 54.5 miles a gallon by 2025, which is equivalent to a fuel consumption of 4.3 litres per 100 kilometres.

There's nothing wrong with setting ambitious goals. But as countless unrealized emissions targets have proved, they become meaningless without some basis in reality. According to the U.S. National Highway Traffic Safety Administration, 2016 car models averaged 32.1 miles a gallon, or 7.3l/100 km. The agency expects fuel economy will actually decline in the 2017 model year to 31.8 m/g, or 7.4l/100km.

Reaching the 54.5 m/g-mark by 2025 would require nothing less than a sudden love affair between Americans and the Chevy Spark. Somehow, we don't see that happening. Improvements in engine efficiency are an incremental endeavour. And while auto makers are continually integrating lighter materials into their designs, Americans are still opting for bigger vehicles.

It would take a carbon tax several times the $50-a-tonne levy promised by 2022 by Prime Minister Justin Trudeau's government to get Canadians to change their car preferences. It would be even tougher to dissuade most Americans from forgoing their God-given right to a gas guzzler.

Yet, meeting the Obama fuel-economy standards was always conditional on shifting consumer preferences to compact and subcompact cars, and especially to hybrid and electric vehicles. It was always a tall order. Cheap gas made it a ridiculous one.

North American auto makers, in particular, have never been able to make money on small cars. That's one of the reasons they shifted production of such models to low-cost jurisdictions such as Mexico. But forcing them to meet a small-car sales quota would be a recipe for the 2009 auto bailouts all over again.

Speaking of money losers, EV sales remain peakish. Despite the lucrative government incentives offered to their typically well-off buyers, only about 160,000 EVs were sold in the United States and 11,000 in Canada last year. That's less than 1 per cent of all vehicle sales.

A 2016 World Energy Council report estimated EVs would need to account for 16 per cent of U.S., Chinese and European auto sales by 2020 in order to meet fuel economy improvement targets set in those jurisdictions. No country comes close to that level of EV sales, except for perhaps Norway, a lovely country but one hardly known for its critical mass.

None of this suggests Mr. Trump should abandon all fuel economy targets altogether, though he might. But the Obama administration edict was patently ineffective and, if the fines for non-compliance it contemplated were actually applied, it would financially weaken the competitiveness of North American car manufacturers.

"The assault on the American auto industry is over," Mr. Trump told auto workers in Michigan on Wednesday, adding that he would create a "a task force in every federal agency to identify and remove any regulation that undermines American auto production."

What should Mr. Trudeau and the Ontario government do? Meeting fuel economy targets is more about cars sold than cars produced. When it comes to meeting Canada's climate goals, it wouldn't matter if Ontario manufactures gas guzzlers if Ontario drivers purchase more imported EVs, which Queen's Park subsidizes to the tune of as much as $14,000 a pop.

But Mr. Trudeau and his Ontario counterparts would be sending a hostile message to the auto makers they desperately seek to lure north by siding with California over Washington on fuel standards. It's just one more reality check Mr. Trump is forcing our Liberal tag-team to make. 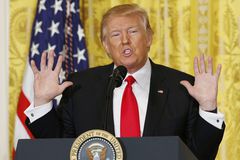 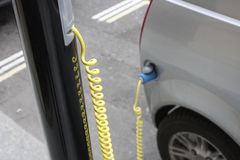