Canadian home prices are expected to turn in another record-breaking month in September, renewing concerns that low interest rates are fuelling an unsustainable housing boom just as Bank of Canada Governor Stephen Poloz is expected to touch on the subject in a speech Monday.

Mr. Poloz is set to give a speech in Washington to the National Association for Business Economics on the topic of financial stability that will likely address how the bank has attempted to balance the economic shock from falling oil prices with the soaring housing market this year.

"I'd expect, at minimum, a two-pronged approach on energy and housing," Bank of Nova Scotia economist Derek Holt said in an interview. He suspects Mr. Poloz will not stray from the bank's overall message on the housing market so far this year: that rising home prices should be monitored, but they don't yet pose a significant risk to the economy.

The central banker's speech comes at a time when Canada's housing market is firing on all cylinders. Both the Teranet-National Bank Home Price index and the Canadian Real Estate Association's monthly market update, due out Thursday, are expected to show that national prices soared 6 per cent to 7 per cent last month, hitting a new high of $450,000, Bank of Montreal chief economist Douglas Porter wrote in a research note last week. If so, it would be among the best showing on record for September, typically a slow month for the housing market.

Home prices in the Greater Toronto Area rose 9.2 per cent last month on an annual basis, while the Toronto Real Estate Board predicted that total sales will reach the 100,000 mark this year for the first time in history. In Metro Vancouver, home prices shot up nearly 19 per cent in September from year-ago levels. Calgary was an exception, with prices falling 0.26 per cent last month, although the city's housing correction has so far been mild despite the drop in oil prices this year.

Housing starts surged unexpectedly by 7.7 per cent, hitting an eight-year high and surprising many economists who had called for a slowdown. It was the second month of strong growth after starts surged 11 per cent in August.

The increase in new home construction was driven by multifamily starts, which hit their second-highest level in 25 years last month, noted Bank of Montreal economist Robert Kavcic. Despite a market slowdown in the oil-fuelled Prairies, condo and apartment starts rose an annualized 13 per cent in the region last month, while jumping 26.5 per cent in Quebec and 42 per cent in Atlantic Canada.

"In the span of about three months, Canadian homebuilding activity has gone from a controlled simmer to a rolling boil," Mr. Kavcic wrote in a research note.

High levels of new home construction in the Toronto area prompted Canada Mortgage and Housing Corp. chief economist Bob Dugan to warn last week that developers need to keep a close eye on their inventory of unsold condos. However, strong demand for condos has pushed the number of unsold units down this year to levels not seen since 2012, said National Bank of Canada economist Marc Pinsonneault, who argued that it would "be premature to panic about overbuilding."

With the federal election campaign heading into its final week, party leaders have danced around the subject of soaring home prices by offering measures that would boost the market even further, such as home renovation tax credits, while promising to track speculation by foreign real estate investors if necessary.

But even with little in the way of government or central bank policy expected to cool home prices, the market just may slow itself.

"The deeper you go into all-time record-highs on every housing and consumer spending and household finance metric, the less likely you are to get continued growth," Mr. Holt said. 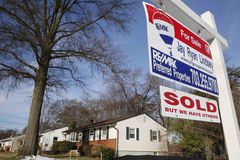 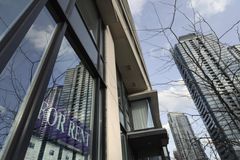