Libyan strongman Moammar Gadhafi certainly had a flair for the dramatic.

In mid-2010, a year before his execution, he threatened to send fleets of migrants' boats across the Mediterranean unless Europe paid him to keep them on the beach.

"Tomorrow, Europe might no longer be European, and even black, as there are millions who want to come in," he said at a ceremony in Rome.

His threat duly emboldened Europe's right-wing parties and xenophobes, which amplified their calls for severe restrictions on the inflows of economic immigrants and asylum seekers.

As it turned out, Colonel Gadhafi was not far wrong.

Hundreds of thousands of migrants are walking or floating into the European Union from Syria and Libya; thousands are dying along the way.

As the EU responds by cracking the door open to asylum seekers, the anti-immigrant parties are exploiting the fear of many Europeans that their continent is about to be overrun by poor, ill-educated outsiders allegedly bent on stealing their jobs or stuffing the welfare rolls. Polls show that Marine Le Pen, leader of France's fiercely xenophobic Front National, would win the first round of the presidential election were it held today.

The fear mongers are apparently oblivious to the ample evidence that net migration would help cure a lot of what ails Europe economically. The EU's birth rate – at an average of 1.55 births for every of woman of childbearing age – is way too low to sustain its national welfare systems over the long term.

Germany's birth rate is the lowest in the world, suggesting that the percentage of working-age Germans will drop to 54 per cent by 2030 from 61 per cent today, the Hamburg Institute of International Economics said in a recent report (the depopulation trend helps to explain why Germany is willing to take up to 800,000 asylum seekers this year).

In other words, too few taxpayers are supporting – rather, not supporting – too many pensioners. A population that was rising instead of flat-lining or falling would also boost gross domestic product, but not debt, whittling away at the high debt-to-GDP ratios that are sabotaging the recoveries of some countries (in Greece, the debt is 175 per cent of GDP, about twice the level that some economists think it should be to promote sustained growth).

Finally, migrants have the welcome habit of starting businesses at a higher rate than native-born Europeans. The influx of migrants probably would go a long way in overcoming the entrepreneurial deficit.

In late April, I visited a migrants' centre in southern Tunisia, not far from the Libyan border. I was struck by the vitality of the young men (for they were almost all men) who had made the trek from Nigeria and other parts of sub-Saharan Africa to Libya, only to get rescued by Tunisian fishermen as their sinking rafts drifted into Tunisian waters. In spite of their harrowing ordeals, they seemed healthy and eager to work.

One Nigerian I interviewed, Victor Ozika, had spent almost four years travelling from Nigeria to the Libyan coast. Shaken down by smugglers along the way, he sometimes had to stop for a year at a time to make enough money to resume his trek.

By definition, they were risk takers. Each of the men I talked to was literate and well aware of the grave risks of stepping into a leaky boat. But they took the gamble because they were desperate for paying jobs in wealthy countries. You would think that young, healthy migrants with a penchant for taking risks are exactly what Europe needs. But for the burgeoning anti-migrant crowd, they represent economic and social bad news.

One common fear among the xenophobes is that the newly arrived will abuse the already strained welfare system to the point it collapses. That is, they are a net cost. A few studies suggest precisely the opposite. While new migrants earn less than native workers, meaning they pay less tax, they receive substantially less welfare benefits than the natives. That's in good part because they are young.

A 2010 study by University College London economists Christian Dustmann and Tommaso Frattini examined the cost effect of migrants who flowed into Britain after the EU's expansion to 25 from 15 member states in 2004. They concluded that the public-sector revenue (taxes generated) from the migrants was at least 1.2 times larger than their cost, and sometimes as high as 1.4 times, depending on the assumptions used.

A similar study in Sweden showed a smaller surplus, but it was still a surplus. Of course, studies in other EU countries, where welfare systems are more generous than Britain's, might produce less encouraging results. But what is generally known is that migrants' incomes rise the longer they spend in their new country.

Migrants with skills win big points for entrepreneurial flair. A 2014 study by Daniel Hardy and Andres Rodriguez-Pose of the London School of Economics, which compared business startup rates with ethnic and birthplace diversity, found that new migrants, as opposed to the descendants of previous migrants, add business dynamism to an economy, especially in the knowledge economy. Their conclusion was that "recent legislation by the U.K. Home Office to restrict migration is likely to lead to a serious dent in entrepreneurship, affecting in turn the potential for employment generation and economic growth."

To be sure, melding hundred of thousands, potentially millions of refugees into European society will not be easy, given the wildly divergent wealth rates and tolerance for migrants, no matter where they come from among the 28 EU countries. Anti-migrant parties will exploit the fear that local jobs will be snatched by the barbarians at the gate, or that the new arrivals are determined to avoid work and freeload off the taxpayer.

What is missing from the debate about how many to let in, and where to put them, is the ample evidence that the refugee "crisis," as it is always called, is misnamed. Managed properly, it's an economic opportunity for the ailing EU. So much for Col. Gadhafi's threat. 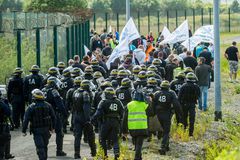 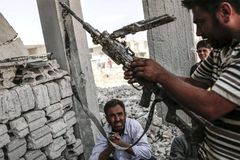 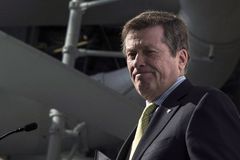