Making money in China was hard at the start of the millennium. It took more than two months to start a company in 2003, compared with two days in Australia. When the World Bank published its inaugural annual ranking of the the easiest countries in which to do business, China was number 91.

How many investors and companies stayed away from what is now the world's second-biggest economy because it had too many rules and regulations? China's gross domestic product increased by the equivalent of about $8-trillion (U.S.) between 2004 and 2014, according to the International Monetary Fund. Those who stuck it out put themselves in position to be rewarded handsomely. Those who shied away now are acquainting themselves with the latest previously obscure economic theory to enter the mainstream in North America and Europe: secular stagnation.

The meek have been handed a second chance at global fortune. India could be on the verge of reproducing a reasonable facsimile of the economic boom Beijing orchestrated through the 1990s and 2000s. "India is like China was 10-12 years ago," said KS Raghuram, the Shanghai-educated founder of an Indian startup called FOSEngage, which has developed a mobile application for facilitating communication between big enterprises and their suppliers. "The basic building blocks are in place. We are on a steady growth track for 20-25 years."

India, economically, is the opposite of Canada at the moment; almost everything is going its way.

"It is rare for tailwinds in any given country to point in the same direction for an extended period of time, but this is precisely the case in India," Ankur Patel, chief investment officer at R-Squared Macro Management, an investment firm in Birmingham, Alabama, observed in a recent client note.

Still, India remains a speculative bet. The country's state-owned banks are carrying a lot of debt. The stock markets are among the hottest in the world, yet corporate profits are weak. Even the boldest international companies struggle here. While domestic automobile sales increased in 2014, Ford Motor Co., General Motors Corp. and Volkswagen AG all posted declines.

India's liftoff is being held back by a tangle of rules and regulations that make the country one of the more difficult places on the planet to do business, according to the World Bank. Mr. Raghuram of FOSEngage waited a couple of months simply to register his company. "Policy makers need to work on this," he said.

Mr. Modi says he is doing just that. He has talked of eliminating one law per day and of raising his country's ranking in the World Bank's list of easiest places to do business to 50th from 142nd currently. "We know that such steps are important for creating jobs and opportunities for millions of Indians," Mr. Modi said last week in an interview with the Hindustan Times. "I repeat my assurance to all: If you take one step; we will walk two steps for you."

"It's not exactly bank friendly," Brian Porter, chief executive of Bank of Nova Scotia said of India when I met him in Washington last fall, a sentiment he repeated last week when he confirmed he would be meeting Mr. Modi during the prime minister's visit to Canada. "We don't have long-term aspirations for our Asia business right now," Royal Bank of Canada chief executive David McKay told a Wall Street audience last month. Canadian Prime Minister Stephen Harper at the end of 2009 talked of two-way trade between Canada and India reaching $15-billion in five years – or now, in 2015. It's not going to happen. Merchandise trade between Canada and India was about $6.3-billion, according to the Asia Pacific Foundation of Canada.

Canadians should not assume that Mr. Modi will show up in Canada with a key to his kingdom. The Indian prime minister meets billionaires almost weekly and has secured hundreds of billions of dollars with of financial commitments from countries such as Japan, China, Australia and the United States. India has lots of options. "To remain a favourite partner of Mr. Modi, you are going to have to deliver," Richard Bale, Canada's consul general in Mumbai, said at public event earlier this year.

India will remain a difficult place to do business for years. Authorities are notoriously capricious and judges are equally unpredictable. The country has a streak of hostility towards outsiders. But these things are changing. The children who were born in the early 1990s, when India opened to international trade and investment, are now entering college and the workforce. It will take them some time, but these youngsters – the country's median age is 25 – will change India.

They are why international companies such as Uber and Amazon are losing tens of millions of dollars and dealing with all kinds of frustration in India right now. It's an investment in a share of a growing market. Any company with a fiduciary responsibility to earn a longer-term profit would be foolish to sit back and wait. 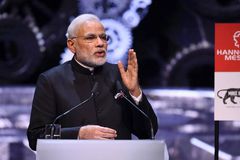 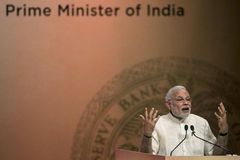 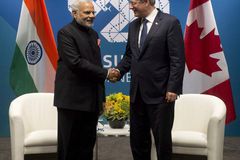