The oil industry's recovery hasn't been denied yet, but it's certainly been delayed.

Crude slumped back into the $30s (U.S.) a barrel on Tuesday, weighed down in a sea of gasoline that's taking painfully long to drain into the world's fuel tanks.

By some forecasts, including a recent one by Morgan Stanley, a return to more balanced supply and demand in oil markets – once widely accepted to be a late-2016 event – has been pushed back into the middle of next year.

Crude's well into official correction territory, having fallen more than 20 per cent since early June, when it topped $51 a barrel. That means the odds are pretty good that another wave of cost cutting will wash through downtown Calgary and out across the Western Canadian landscape, dampening the Alberta and national economies even more.

So here's a puzzler: What could possibly be left to cut? There's precious little fat. Now it's into muscle and bone. Look at all that's been taken out of the system so far. According to the Canadian Association of Petroleum Producers, sector-wide capital spending is on track to fall to $31-billion (Canadian) this year, down 62 per cent from 2014, just as the oil market began to creak.

The Petroleum Services Association of Canada projects the industry will drill 3,315 wells in 2016, down by more than two-thirds from two years earlier. That's a virtual standstill for a major producer like Canada.

On the employment front, direct job cuts during the current downturn are pegged at nearly 45,000. The industry has thrown out a figure of about 110,000 for indirect losses, although it's tough to pin that down precisely. Still, for context, that's roughly the population of Thunder Bay, and it's impossible to imagine all those jobs returning when a rebound truly takes hold.

Among big-name oil companies, Encana's work force is down 30 per cent to 2,440 since 2014, when the slowdown was just starting.

Penn West Petroleum Ltd., which went into the price storm with a heavy debt burden, has sold off many of what used to be core assets. By the end of this year, it expects to produce less than a fifth of the oil and gas it did in 2014.

Oil sands developers have shelved all but a few planned projects, although Cenovus Energy Inc. said last week that it has slashed its costs to levels that may allow it to rekindle one delayed expansion. That comes after it reduced its own payroll by 31 per cent in the downturn.

Oil patch dividends have largely been scrapped or lowered to the point where the payouts are but token gestures.

A good portion of the cost cuts and asset sales have been to satisfy lenders, which have tightened debt terms as companies fell afoul of covenants due to dwindling cash flows.

Many small companies have stopped drilling wells altogether to wait out what is looking like an even longer run of weak oil prices.

Of course, the industry has not ground to a halt. In fact, there is a handful of companies that have maintained healthy balance sheets and are now finding choice assets at bargain prices.

Indeed, investors have been willing to support such acquisitions – buying up shares of Birchcliff Energy, Seven Generations Energy and Suncor Energy that were issued to fund big deals. At least that's been the case so far.

However, the extent of the drop in crude prices wasn't completely evident when those deals were done, and there's a whole other set of companies that are in no position to do a big deal due to remaining debt loads.

They could remain hamstrung and forced to jettison more staff as the outlook for crude prices darkens with uncertain global demand amid brimming inventories of oil and petroleum products.

Meanwhile, the U.S. rig count keeps edging back up, suggesting that shale oil production, part of what knocked the market on its head in the first place, may not wane as steadily as oil bulls hope.

It's certainly not the happy ending many were banking on by now. For an oil patch that had been forced to slim way down, a new round of cost cutting could prove to be the most painful if this truly is a collapse relapse. 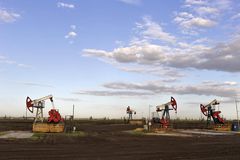 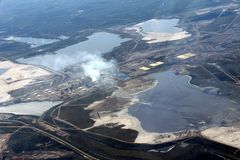 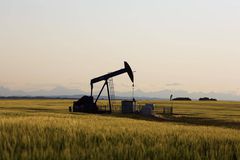