All provincial governments levy taxes on their residents and businesses. That might be the only common thread in provincial taxation across the country. Even though the provinces have access to a similar set of tools for raising revenues and shaping incentives to work and invest, there is little alignment in who and how provinces tax.

The Conference Board of Canada's first-ever comparison of the tax systems of Canada's provinces indicates how local politics and economic rationale interact to shape taxation. This new research measures the total personal and business taxes paid in each province relative to incomes or business activity, or the de facto average tax rate for individuals and businesses.

At first glance, the findings are clear. Quebec has the heaviest average tax burden over all for both individuals and businesses – reflecting a stated difference in provincial strategy and services offered. On the business side, Saskatchewan, New Brunswick, Alberta, and Newfoundland and Labrador are among the provinces with the lowest burdens, while Ontario and British Columbia impose higher burdens on business. The western provinces have the lowest personal tax burden ratios, expressed as a share of personal income in that province.

Go one step further and the complexity of taxation across Canadian provinces becomes readily apparent. Let's consider how provinces tax step by step. Provinces utilize between three and six different personal income tax brackets, with few if any similarities among them on the level of income and the rate of taxation applied to each. Interprovincial comparisons of personal income tax burdens are thus difficult – which is bound to add an administrative cost for firms, individuals and governments, and even room for tax avoidance.

And this complexity doesn't include myriad distorting tax credits in each province, the distortion effect of which were beyond the scope of our study.

Sales taxes are another important area where interprovincial policies do not align. Economic analysis supports the conclusion that taxing income less and consumption more would boost long-term investment and economic growth.

In our analysis, provinces that have harmonized their sales tax system with the value-added federal tax impose lower burdens on their local businesses. The four provinces west of Ontario have resisted value-added sales taxes, even though this change would reduce the effective business tax burden on local businesses in B.C., Saskatchewan and Manitoba and help their firms compete.

Furthermore, payroll taxes, which include employer health and education levies imposed in Quebec, Ontario, Newfoundland and Labrador, and Manitoba, explain much of the difference in the impact of business taxation among provinces.

These four provinces slip in the provincial ranking when payroll taxes are added to corporate income taxes in our measurement of the business tax burden ratio.

Taxation policies have a direct impact on a province's revenue system, and can create or exacerbate fiscal risks. Oil-rich Alberta and Newfoundland and Labrador (and Saskatchewan to a lesser extent) injected royalty revenues from non-renewable resources directly into their provincial budgets. However, the collapse in oil prices (and other commodities) threw their provincial budgets into deep fiscal deficit. As we have advised before, a more sustainable policy would invest the royalty revenues from non-renewable resources and use only the investment earnings to fund current provincial spending.

How did we end up here? Individual provincial tax systems have been built up incrementally and separately, with limited apparent strategic consideration of the overall design of the tax system and its impact on the province's growth potential and competitiveness. This means that many provinces have lost opportunities to boost their growth potential and create better incentives to work and invest.

Some recent changes to provincial tax systems were intended to promote investment and growth – such as eliminating capital taxes, reducing corporate income tax rates and harmonizing the sales tax with the feds. But too often, growth-supporting policies have been effectively crowded out by popular political considerations.

The lack of tax policy alignment and consistency also creates an opportunity. Any province could decide to conduct a fundamental review of its entire tax and revenue system without having to wait for the federal government and provincial counterparts. It could seek out best practices in tax system design – such as investing royalties, reducing provincial tax expenditures and putting a price on carbon. Such bold thinking could strengthen the province's economic performance and generate more revenues to pay for provincial services such as health care and education. Anyone could be bold and act. 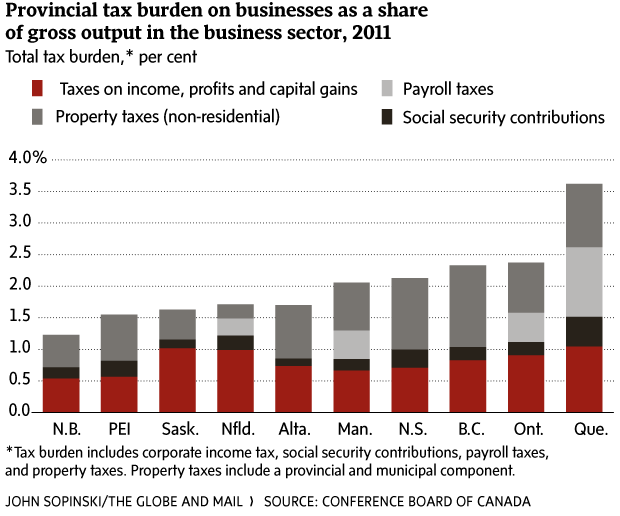 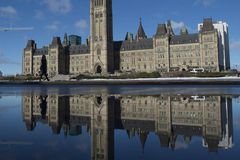 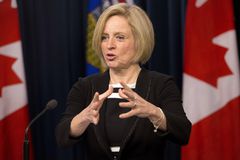