Bank of Canada senior deputy governor Carolyn Wilkins, arguably Canada's most influential and powerful female economist, talked with The Globe and Mail's David Parkinson in conjunction with The Globe's coverage of International Women's Day, discussing the growing role of women in the historically male-dominated economics profession and her own experiences rising up the professional ladder. Here are some highlights of that conversation.

The Globe and Mail: Looking at the data, it's evident that women's representation in the economics profession has been improving, but there's still a gender gap. Why do you think that is?

Carolyn Wilkins, Bank of Canada: I can't speak for the entire industry, but for us [at the Bank of Canada], bank-wide we have about half women and half men. When you look at our economic and financial people, it drops to about 30 per cent. And that's a little bit below where you see the proportion of women who are actually studying economics. So you kind of ask, "Well why would that be?" And then we look at what proportion of women are actually applying to the bank. About 30 per cent of the applicants in that area are women; 70 per cent are men. ... And when you look at the proportion as they move up – it's not just about getting women in the door, it's about how they move up – the proportion drops at the bank.

Globe: We see that in other areas of economics, too – in academia, at the big banks. Even when women are getting into the profession, their proportion in the senior positions is considerably lower. There's a glass ceiling.

Wilkins: I've been really lucky in my career. I've worked at the Department of Finance, the Privy Council office and then here. From my perspective, I can't personally speak to that glass ceiling. I think part of the reason is I've been lucky to work at places that are really enlightened, and they look at the skills that people have and what they bring to the table, rather than what gender they are. I've also had a lot of mentors who were in senior positions, who help you figure out how to make the right choices to move up. When you look at the literature, women tend to have fewer sponsors or mentors who are in positions of power than men do. That's a pretty critical component of moving up. There are going to be other reasons, too, but that's one that we've noted. Partly because of that, we have a very active mentorship program at the Bank of Canada. That's obviously open to all employees. But I think in particular it's pretty important for women to take advantage of that program. I mentor four people at the moment.

Globe: So why does this matter? Why should we strive to have more women moving up the ranks in economics in this country?

Wilkins: Gender equality and cultural diversity are central to the Canadian identity. For the bank, we're a Canadian public institution. So we take that very seriously.

Diversity of thought [is] crucial to making the right policy decisions and to innovating. I think it's important to think about diversity – gender diversity, but also cultural diversity – because we kind of have a natural tendency to want people to fit into a mould. You need to be conscious of that, so that you don't fall into the trap of confirmation bias or group-think.

Wilkins: It's a responsibility, maybe it's more of a hope, that I would inspire young people, and young women in particular, to study economics and finance, to think it's as interesting as I do. I hope that I can inspire young people and young women to study economics and finance, and maybe even decide that they want to become central banker, or contribute to Canada through public policy.

Globe: How difficult is it to work your way up to the high level in this profession that you've reached? Were there any particular challenges as a woman?

Wilkins: To achieve this position, it takes a lot of hard work. And it takes an appetite to take some risks, and learn from the risks that you take if you happen to stumble. And it takes a person who is continually learning new things. You have to learn a lot throughout your career, and I've always done that.

I've been working with people who recognize my skills, in an environment where everybody's skills are recognized. I don't think they've been focusing on what my gender was or what anybody else's gender was.

When it comes to family, which is what a lot of people often think about when they think about women, clearly balancing work and family is a challenge for anybody. I would just say that the places I've worked, including the bank, have had really family-friendly policies – either maternity leave or flexible working hours – that take into account some of the challenges that come with having kids. These days, it's not just about kids, it's about aging parents as well. Whether you're a man or a woman with a family, those kinds of policies really help people face those challenges as they work their way up the ladder.

Globe: So is that really a key to achieving better diversity and equality in this profession – having a more enlightened workplace?

I think so. When I say I'm lucky, I've been fortunate, and I think "why is that?" I would say there were the family-friendly policies of places where I worked. There were the mentorship opportunities that I had at the time. And then just the fact that the culture of the place that I was in was one that was focused on fostering diversity – not just gender diversity but cultural diversity. Those things are essential for attracting women and retaining them. 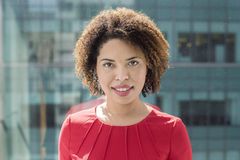 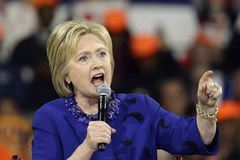