Who is the Saudi Arabian oil industry's worst enemy? If you guessed it is the burgeoning U.S. shale oil industry, you would be half right. The enemy is also OPEC itself, and the Saudis may be set to destroy their own creation.

Fifteen months ago, the Organization of Petroleum Exporting Countries, led by the Saudis, abandoned its price-fixing strategy, allowing the market to set the price. The strategic about-face meant that individual OPEC countries could, in effect, ignore production caps and produce and export as much as they wanted. The Saudis' goal was to claw back market share lost to more expensive production from the U.S. shale industry, the Canadian oil sands and offshore wells.

The strategy has either been an abject failure or a resounding success, depending on where you are standing on the global oil map.

From the American point of view, the Saudi-engineered price collapse – oil has gone from about $110 (U.S.) a barrel in mid-2014 to about $30 – has worked cruelly well. American oil producers put up a good fight but are now showing signs of capitulation. Production of both the shale and conventional variety is down about 500,000 barrels a day since last spring and the plunging drilling-rig count suggests the downturn could soon turn into a rout. Earlier this month, the oil-field services group Baker Hughes reported that the number of oil rigs working in the United States had dropped 71 per cent from its peak in the fall of 2014 to 467 rigs.

In a note published last week, oil consultant Olivier Jakob of Switzerland's PetroMatrix said: "The Saudi strategy of shutting down U.S. shale oil production has worked and the mission is accomplished. The number of rigs has totally collapsed [and] capital spending has been slashed. … The success of that strategy was achieved with crude at $50 a barrel and does not require prices as low as $25 a barrel."

That was the good news for Saudi Arabia; the bad is that, in spite of the American downturn, the Saudis' global market share hasn't budged. The Americans may be producing less, but rival OPEC member – Iraq – is producing more. The net result is the Saudis are on a treadmill, running hard but not moving forward.

Iraq's production has been rising in an apparent effort to use high volumes to offset the lower price. In January, Iraq officially exported 3.3 million barrels a day. The figure is misleading because it excludes the exports from the Kurdish region in the north, which is not recognized by the Baghdad government. If this region's production is included, Iraq's true exports are a hefty 3.9 million barrels a day. Meanwhile, Russia is on the verge of displacing Saudi Arabia as the leading oil exporter to China.

Iran will become the next OPEC country to put a dent in Saudi Arabia's global market share. Its exports are expected to increase by 500,000 barrels a day as the West's economic sanctions against Tehran are eased off.

The upshot is that the Saudis will have to open a new front in their price war and go after OPEC colleagues, Iraq and Iran. "Given that the increased supplies are now coming from OPEC rather than non-OPEC, the market has moved from forcing crude oil destruction in the U.S. to forcing production destruction from OPEC," Mr. Jakob said.

The result could be an oil bloodbath since Iraq and Iran are low-cost producers. Oil at $30 or $40 a barrel may not be low enough to knock them out of contention; the price might have to go much lower. If you believe that, Goldman Sachs's recent warning that oil could dip below $20 a barrel before supply and demand come into balance does not seem crazy.

A price that low would put enormous strain on high-cost producers, esspecially the Canadian oil sands and the deep-water wells off Brazil and West Africa. It would accelerate the demise of the North Sea oil fields and production cuts among U.S. shale oil companies.

It would also inflict potentially fatal damage on the weakest OPEC members. Venezuela is already on the verge of default. As its oil revenues sink, Nigeria, Africa's top oil producer, is negotiating a $3.5-billion loan package from the World Bank and the African Development Bank. In both countries, security is a problem. When oil prices are high, their governments can afford capable and ample security – army and police forces. When they are low, the security effort could suffer. Sustained low prices could trigger chaos in Venezuela and Nigeria.

The Saudi battle to choke off both OPEC and non-OPEC supply will have ugly repercussion for all oil producers. The question is whether Saudi Arabia is willing to sacrifice two fellow OPEC members – Venezuela and Nigeria – to achieve its goals. If the Saudis take mercy, an all-out battle may not happen, but you can bet the oil price is unlikely to rise any time soon since the Saudis have yet to regain lost global market share. 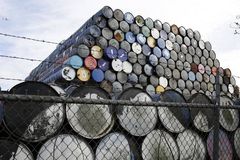