In my last column I had the temerity to suggest that Canada's interests were not well served by the Trudeau government's commitment to running deficits, thus breaking a decades-long consensus among the parties on the virtues of balanced budgets outside times of economic crisis. Further I noted that the Liberals, led by then finance minister Paul Martin, discovered that budget discipline actually had a stimulative effect on the economy.

This earned me the undying enmity of a number of commenters on the Globe's Web page. They dismissed the relevance of the Martin era. Times were different then, they said. Canada is still in a recession, the sky is falling; stimulative federal deficits now are the correct prescription for our changed circumstances.

Assertion is not proof, however. Even if circumstances today are not identical to those when Mr. Martin balanced the budget 20 years ago (circumstances are of course never identical), that in itself does not establish that the success of budget discipline and the failure of the preceding decades of federal deficits are irrelevant today. In honour of my critics' ire, however, here are several more recent reasons why deficits do not commend themselves to me.

Too little attention has been paid, for example, to the fact that several provinces have been test driving the federal Liberals' policy of allegedly stimulative budgets. Take Ontario, for example. That province has now run eight deficits in a row, many of them of the same order of magnitude as the proposed federal deficit-funded stimulus.

Queen's Park has added over $140-billion in new debt to the province's balance sheet. Yet Ontario's economic performance remains subpar and it continues to receive equalization transfers from Ottawa.

In most years Ontario's deficit is as large as the one Ottawa proposes to run for the entire country. Assuming that Ontario gets roughly the 36 per cent of federal spending that its population entitles it to, what evidence is there that another $3.6-billion, generated by Ottawa's $10-billion infrastructure spending plan, will suddenly shake Ontario out of its alleged economic torpor?

In fact the stimulators' argument is premised on the idea that Canada is underperforming relative to its potential, and that stimulus will remedy this. This underperformance, usually referred to by economists as the "output gap," is actually rather hard to measure , but let's take the estimate of the OECD.

Their data for 2015 say that Canada's output gap is a rather modest one half of 1 per cent of GDP (in 2009 it was nearly 4 per cent) and that it is already closing. They project its disappearance by 2016, well before the effect of any federal stimulus would be felt. Moreover, they express concern that Canada's accelerating growth over the next couple of years will trigger inflation and therefore interest-rate rises. The OECD doesn't say so, but such rate increases will nullify much of any stimulus effect from Ottawa.

This is a perfectly legitimate reading of the economy. If we measured unemployment as the Americans do, our unemployment rate would be a relatively low 6 per cent and yet employment growth continues. If there was serious slack in Canadian labour markets, wage pressures would be lessening, but as Prof. Stephen Gordon of Laval has recently argued, wages are rising, not stagnant or falling.

Even the alleged youth employment "crisis" has been shown by Philip Cross, a senior fellow at my institute, to be vastly exaggerated. Moreover, many experts now argue that because of population aging, among other factors, our relatively slow growth is the new normal and we can waste a lot of money in a deficit-financed swim against this tide. Think Japan.

I warned, too, in my last column that the deficit taps are easy to turn on but the devil's own business to close. Again Ontario's experience confirms this. The province's deficits were supposed to be a short deviation from balanced budgets, yet each year the return to balance is pushed farther out.

This experience underlines a truth the stimulators disregard at their peril: Governments do not control revenues, and rosy revenue projections are an attempt to balance future budgets, not through spending discipline, but on a wing and a prayer.

The one thing governments truly control is their spending and Paul Martin showed that is the route to fiscal sustainability. The left engage in their own wishful thinking that they can boost revenues by borrowing to "stimulate" the economy and therefore make the deficit self-financing. The evidence is not on their side.

Brian Lee Crowley is the managing director of the Macdonald-Laurier Institute, an independent public policy think tank in Ottawa. 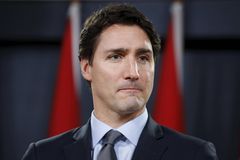 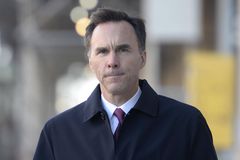 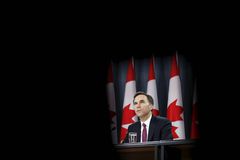