The BRIC countries – Brazil, Russia, India and, in particular, China – led the rise of emerging markets for more than a decade. But the BRICs have cracked – collectively, they are no longer leading the way. Indeed, their economies are headed in very different directions.

To be sure, there are still tremendous opportunities for Canadian companies in emerging markets. According to the International Monetary Fund, developing-country markets represent half of the global economy in terms of purchasing power parity, and are growing much faster than industrial countries. The United Nations Conference on Trade and Development reports that developing economies represent half of the top 10 host economies for flows of foreign direct investment. But business leaders and policy makers have moved beyond the BRICs as a grouping.

What happened to the BRICs? In a recent Conference Board report, we argue that a combination of changing global circumstances – notably the end of the commodity super-cycle – and uneven or misguided domestic economic policies in each nation has led to the BRICS fracturing as an entity. The clever acronym may have run its course.

Two BRIC members – Brazil and Russia – have recently "hit the wall." Both countries were sharply affected by the drop in oil and other commodity prices. Deep recessions that started in 2015 have spilled into 2016, and neither country has an economic program that will easily restore diversified and robust growth. Political forces in both countries are making effective economic policy making even more challenging and less likely to succeed.

What about the other BRICS? China was able to sustain annual double-digit economic growth for two decades largely through final assembly of manufactured goods of all types, high rates of domestic investment, and export sales to consumers globally. However, China is transitioning. Its "new normal" is growth of around 6 per cent annually as it endeavours to shift its core growth drivers from external demand for exports and investment toward domestic consumption.

The Conference Board of Canada expects China to be one of Canada's fastest-growing export markets over the coming years. Chinese demand for energy – whether LNG, oil, renewables or clean technology – should be robust. Canada could help meet that demand, if we have sufficient shipping infrastructure to get our products to the Chinese market.

Canada may no longer be competitive selling into most Chinese manufacturing sectors, but there may be considerable potential to sell professional services into many sectors of the Chinese economy. Canadian firms can also reach the Chinese market by selling their products and services into global value chains largely centred in the U.S.

India may have surpassed China in terms of economic potential, growing by up to 8 per cent annually in the near term. Its challenge will be to maintain the economic policy reform momentum and ambitions under Prime Minister Modi – opening up its economy to international trade and investment while ensuring that its fiscal and monetary policies are sustainable.

Trade statistics suggest that Canadian firms have limited engagement in India, which can be a difficult market in which to do business. Free trade negotiations with India have been protracted and signs of progress are scant. Nevertheless, India has growth opportunities in sectors in which Canada has proven expertise, including automobiles, machinery, transport, education, energy, communications, retail, food products and financial services.

With the BRIC economies either crumbling or in states of transition, attention is turning to the "next tier" of emerging markets in Southeast Asia, Latin America, the Middle East, Africa and Eastern Europe. Even with the recent slowdown from the rapid growth of output and trade over the past decade, this next tier of emerging markets represents much higher growth potential than do industrialized markets – Canada's traditional trade partners.

Which of these next-tier markets is the next China? It is unlikely that any one country can replicate China's spectacular growth since the 1980s, but there are many strong candidates in south and east Asia – Taiwan, South Korea, Indonesia, Malaysia, and Thailand to name a few. These countries will complement China's continued growth and deepen the economic integration of the region.

While the BRIC concept may have run its course, there are still emerging markets that show strong potential. For Canada, Conference Board research on the country's most important future markets suggests a possible new acronym that includes China and India but also some next-tier markets: PICSI (Peru, India, China, Singapore and Indonesia). The landscape has shifted and Canadian policy makers should design Canada's new trade strategy with a broader vision than the BRICs.

Glen Hodgson is senior fellow at the Conference Board of Canada. Danielle Goldfarb is director of the Board's Global Commerce Centre

Opinion
The BRICS never did find their mortar
April 26, 2016 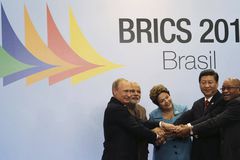 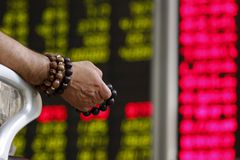 Why the BRICS failed to meet lofty expectations
April 15, 2016 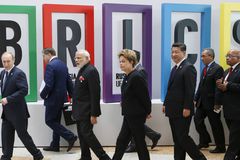 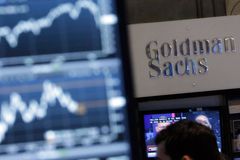