Best-selling author Thomas Piketty argues in his book, Capital in the Twenty-First Century, that inequality is set to return to the extreme levels of the "Gilded Age" of the late nineteenth century when very large shares of income and wealth were concentrated in the hands of the super rich. And he is far from alone.

In a gloomy long-term prognostication, Policy Challenges for the Next Fifty Years, the Organization for Economic Co-operation and Development, the major think tank of the advanced economies, anticipates that the incomes of those at the top will continue to grow much more rapidly than those at the middle and bottom.

The OECD forecasts that, by 2060, earnings inequality in Canada and other advanced economies will rise above the current extreme level in the United States where the top 10 per cent already earn at least five times as much as the bottom 10 per cent.

For the OECD, the key drivers will be an accelerating shift of production and jobs to the developing world, combined with the elimination of middle-level jobs through "skill-biased technological change."

In a major recent lecture, former U.S. Treasury secretary Lawrence Summers also argues that the income share of the top 1 per cent in the United States (already above 20 per cent) will continue to rise. He thinks that the key driver will be new advanced technologies, such as computer-driven vehicles, which will eliminate more and more middle-skill-level jobs, such as those of truck drivers.

Mr. Summers, like most economists, used to think that technological change does not eliminate jobs since higher productivity should raise incomes and thus increase effective demand in the economy. But he foresees a future in which overall productivity growth will be slow despite rapid technological change since more and more of the remaining jobs will be in inherently low-productivity jobs (such as care for seniors) that cannot be replaced by machines.

The OECD have published a particularly interesting reflection on the future of inequality by Dalhousie University economist Lars Osberg, who also argues that the most likely future scenario is one in which the incomes of those at the very top continue to outstrip those of everyone else.

For Mr. Osberg, a key factor is that the small number of "globals" at the top of fast-growing transnational companies have the power to effectively set their own incomes out of rapidly growing revenues and profits, while "locals" have only limited bargaining power to raise their wages.

He fears a future in which a continued shift of income to the very rich raises saving rates, setting the stage for a new round of financial speculation and rising debt with dangerous implications for macroeconomic stability.

The OECD, Mr. Summers and Mr. Osberg all place little faith in the traditional prescription of economists for more investment in the education and skills of the bottom 99 per cent.

While such investments can make a difference, they are not enough to counter the big structural forces working in favour of the very affluent, and advanced economy workers are already well educated. Further, as Mr. Osberg notes, new investments in education and skills would take a very long time to affect significantly on earnings.

None of these reflections, especially that of the OECD, see much room for a reversal of the trend through a restoration of the equality-building institutions of the past, such as highly regulated financial markets, strong unions, and tighter regulation of labour and product markets.

While this is all fodder for a rather gloomy reflection, the purpose of long-term scenarios is to promote thinking about alternatives.

Economic forces may push up top incomes higher with no natural ceiling, but Mr. Osberg questions how much economic inequality is socially acceptable and thus sustainable in the long term. Like Mr. Piketty, he reminds us that the era of shared prosperity after the Second World War came after a period of massive economic and political upheaval that we surely do not wish to repeat.

Dealing with extreme economic inequality is ultimately a matter of political will. Since the political power of the very rich will tend to increase as their share of income and wealth rises, we would be wise to act sooner rather than later.

Opinion
Why are governments ignoring the financial squeeze on young Canadians?
September 24, 2014 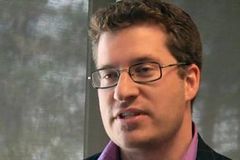 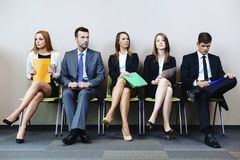 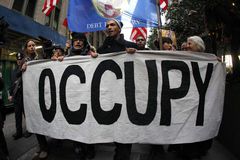 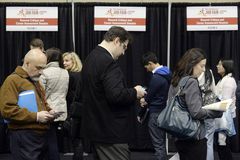 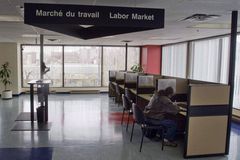 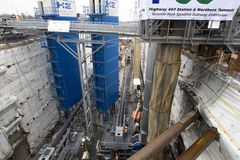