The Leap Manifesto – subtitled "A call for a Canada based on caring for the earth and one another" – offers a utopian vision of the country many of us wish it was.

Canada would be free from inequality, poverty, racism and fossil fuels, according to the document's drafters, the husband-and-wife team of author Naomi Klein and documentary filmmaker Avi Lewis. The economy would be entirely powered by renewable energy, public transit would link even the remotest places and we would all work less and earn more. Oil workers would be retrained as windmill makers.

Who wouldn't want all that?

Unfortunately, the manifesto is not an economic blueprint for the real world.

The NDP, in a clear jog to the left, is taking the manifesto to heart. At the party's convention in Edmonton last week, delegates endorsed its "principles" and referred the document to the party's grassroots for further debate.

Put into practice by an NDP-led government, the Leap Manifesto would be a prescription for economic ruin.

The manifesto is nonetheless well worth a read. It's only four pages long. So far, it has been endorsed by more than 37,000 people, dozens of Canadian celebrities, among them musicians Neil Young and Alanis Morissette, actors Donald Sutherland and Rachel McAdams, philosopher Charles Taylor and painter Robert Bateman.

The goals of making Canada's electricity industry 100-per-cent renewable within 20 years and the entire country fossil fuel-free by 2050 have captured a lot of the attention.

But the plan goes much further, advocating a ban on new oil and gas pipelines, hydraulic fracturing, new oil tanker traffic and Canadian ownership of foreign mining projects. In fact, anything you wouldn't want in your own backyard should never be built – anywhere – according to the manifesto. Most people don't want to live next door to hydro dams and wind farms, but they're renewable.

And Canada would presumably do this unilaterally, regardless of what other countries do.

It would also pull Canada out of trade deals that "interfere with our attempts to rebuild economies, regulate corporations and stop damaging extractive projects." This might include the World Trade Organization and the North American free-trade agreement.

The manifesto also calls for some very expensive projects, including national child care, high-speed rail and public transit linking every community in the country, as well as rebuilding "decaying" public infrastructure.

Given that bitumen would be hard to come by in a fossil fuel-free Canada, the country's potholed roads would presumably not be part of the infrastructure plan. Asphalt typically contains 5 per cent bitumen, or tar. The cement industry isn't any greener because it's a notorious carbon dioxide emitter.

These aren't the manifesto's only troubling inconsistencies. The document's signatories "declare that [government] austerity … is a fossilized form of thinking that has become a threat to life on earth." The inability of governments to pay for things is a "manufactured crisis," the manifesto says.

Generating substantial new tax revenue could prove problematic. Carbon taxes and resource royalties would produce less revenue, not more, as fossil fuel use and exploitation are phased out. Just look at Alberta's $10.4-billion budget deficit for evidence of what happens when resource revenues fall sharply.

Taxing corporations is another obvious target. And yet the manifesto is an investment killer that would massively erode the business tax base. In 2014, oil and gas extraction made up roughly 10 per cent of Canada's GDP, 40 per cent of business investment and 41 per cent of exports.

But it's not that simple. Depending on how it's structured, the tax could prove counterproductive in a number of ways by discouraging transactions, making Canada's financial markets less efficient and fuelling more volatility. Taxing transactions would, of course, hurt investors, but it could also penalize savers, retirees and pension holders.

It's unclear how a plan that leaves such a gaping hole in Canada's economy would lead to nirvana.

The Leap Manifesto is more dream than reality. And if the NDP embraces it, the party risks perpetually dreaming of electoral victory.

Opinion
Sorry, pundits of Canada. The Leap will bring us together
April 14, 2016 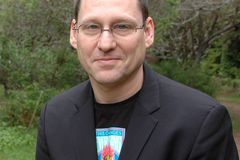 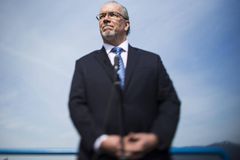