Andrew Jackson
Special to The Globe and Mail
Published June 11, 2015 Updated May 15, 2018
For Subscribers

The issue of how to deal with rising inequality and the squeezed middle class has recently moved to the centre of political debate, with the various parties proposing significant policy changes. International experience suggests that a more equal Canada will require major changes to a wide range of policy levers and not just to the tax and transfer system.

Work by the OECD and others shows that the rising income share of the affluent, especially that of the top 1 per cent, has been mainly driven by rising incomes from the market. Senior executive salaries and bonuses, as well as investment returns, have grown much more rapidly than the wages of the middle class and those at the bottom of the income spectrum.

Inequality is mainly an issue of a more unfair "predistribution" of income and wealth by the market, driven by such economic forces as globalization, technological change, the decline of union bargaining power and the growing proportion of low paid and insecure jobs.

That said, inequality of after-tax income has been compounded by a trend towards reduced redistribution through the tax and transfer system. In most countries there has been a move to lower top income tax rates and reduced taxation of corporate profits, as well as cuts to income support programs such as unemployment insurance, welfare and public pensions.

In Canada the tax and transfer system still redistributes significantly from the more to the less affluent, but its impact was greatly reduced from the early 1990s by deep cuts to unemployment insurance and social assistance even as inequality in market income increased. In fact, Canada has shifted from being one of the most redistributive countries in the OECD to one of the least redistributive.

Changes to the tax and transfer system such as moving to a more progressive personal income tax and enhancing income supports for families with children and the working poor are being proposed to shrink the growing income gap. These reforms should indeed be pursued.

However, political scientists have drawn attention to the paradox of redistribution. As a matter of historical experience, the most redistributive tax and transfer policies and most generous public services have been enacted in those countries in which market incomes have been most equal.

In the heyday of Swedish social democracy, wages were remarkably equal due to strong unions and a solidarity wage policy, and the government then also redistributed through the world's most advanced welfare state. Meanwhile in the United States, an already weak welfare state was not strengthened as inequality mounted.

A glance at the social indicators published annually by the OECD shows that government social spending still tends to be below average in high inequality countries, now including Canada, and above average in the more equal countries of northern Europe.

Rising inequality is politically self reinforcing to the degree that it increases the political weight of the rich as well the distance between the well off and everyone else. Extreme inequality sets the stage for a "secession of the affluent" to gated communities and private elite universities and high-quality privatized health-care.

If market income inequality is allowed to inexorably rise, one can expect even more resistance by the well off to redistributive policies. This suggests that more must also be done to equalize market incomes.

Redistributive tax and transfer policies are certainly needed to fight inequality. But they are far from the whole story.

Higher minimum wages will put least productive out of work Subscriber content
May 15, 2018 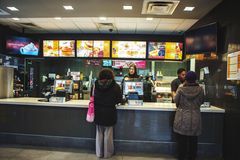 We’re not on a hiring spree, but labour market isn’t in dire straits, either Subscriber content
May 15, 2018 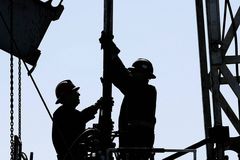 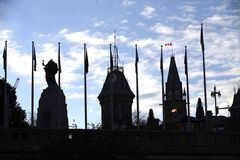