Montreal is indisputably the locomotive for the Quebec economy, making its performance vital to that of the whole province. Institut du Québec, the Conference Board of Canada's Quebec-based research partnership with the business school HEC Montréal, has just delivered its first benchmarking report on Montreal's economic and social performance.

Readers under 40 may be surprised to learn that Montreal and Toronto were once locked in a tight economic rivalry. Through the 1960s and 1970s, Montreal and Toronto were roughly comparable in terms of economic and population size and Montreal likely had greater national political influence. Each had significant head-office presence, a broad manufacturing base and solid supporting business and institutional infrastructures. I personally have a love affair with Montreal dating back to the late 1970s, arriving there just as Montreal's economic status was changing.

The election of the Parti Québécois in 1976 signalled a change to the rules of the game, and not just linguistically. A further layer of political risk was added to business decision making in Quebec and Montreal. Firms that had been committed to Montreal for generations were quickly open to considering other options for their core business activities and head-office location. Business investment lagged and prominent companies such as Sunlife, Royal Bank of Canada and even the Bank of Montreal shifted core operations to Toronto and elsewhere, and eventually their formal head offices as well.

Montreal arguably reached an economic floor in the early 1990s, rattled by a deep recession and significant industrial restructuring, notably in manufacturing. Since then, there has been a quiet but determined renaissance of the city's economy, led increasingly by the francophone and "allophone" business community and supported by strategic public sector activity.

What do we learn from the Institut du Quebec report card? Montreal lags other comparable North American cities, with lower gross domestic product, disposable income and productivity per capita. However, other key indicators are more favourable: GDP growth is positive, disposable income growth is strong and productivity is up, even though building permits have recently tumbled. Employment and airport traffic data are consistent with that of other major cities. These generally positive indicators are helping the city recover some lost ground.

Montreal's greatest strength in the report card is its quality of life, ranking second to Toronto. Placing first in distribution of wealth, with one of the lowest crime rates and a population that uses alternative modes of transportation, Montreal offers its residents a safe and high-quality environment.

Metropolitan Montreal is a relatively attractive city for businesses, ranking slightly above the median on the attractiveness indicator. Companies benefit from a number of tax advantages, and operating costs are lower than elsewhere in North America. The city has a strong capacity to innovate: The number of employees in promising sectors is high, as it is for science, technology, engineering and mathematics (STEM) graduates. Venture capital is also readily available.

However, Montreal is having trouble gaining recognition for its innovations and has fewer patents than comparable cities.

Moreover, the availability of qualified labour and the development of human capital together represent a significant challenge. Dropping out of school is still a problem. Despite having colleges and four universities with numerous professional faculties in both English and French, the proportion of the population with a bachelor's or graduate degree is among the lowest of the comparable cities. The new generation is doing better than their parents, but they still lag their counterparts in other cities.

Furthermore, despite a positive overall contribution from immigration, their integration into the labour market is much weaker than elsewhere in North America. Too many immigrants, the work force of the future, leave Montreal in favour of Southern Ontario or Western Canada.

How could government and business best respond to these results? Action on a number of fronts could include:

– Ensuring that Montreal's schools, colleges and universities build the capacity to be in the top tier regionally and globally.

– Three levels of government committing to a multiyear plan to upgrade Montreal's infrastructure, notably for roads and bridges, public transportation and waste water.

– Exploring every option to improve the settlement and integration of immigrants.

Montreal is performing better, but it still has room for improvement. This first Montreal benchmarking report has identified what is working well and what can be improved. The next step is to drill into the specific issues and identify how change can be made to happen. Montreal's renaissance can only benefit from the exercise. 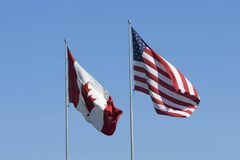 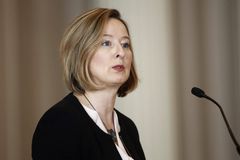