Lost in the drama of the Bank of Canada's interest-rate decision last month was a potentially meaningful change in how the central bank is talking about inflation. How meaningful? At this point, that's anyone's guess.

The decision whether to cut was a close one, with the central bank weighing the role of the plunging dollar and the waiting game for Ottawa's promised infrastructure spending. But buried within the bank's quarterly monetary policy report (MPR) that accompanied the big rate announcement, keen central-bank watchers noticed something eyebrow-raising about the bank's discussion surrounding inflation.

The past three MPRs had provided an estimate of what the bank calls "the underlying trend in inflation" – reflecting the bank's continuing efforts to filter out the noise from plunging oil prices and currency gyrations to identify the root pace of inflation simmering in the broader economy. It looked at a range of alternative inflation measures to aid in this estimate, especially something called the "common component of CPI," a statistical model that pulls out only the portion of inflation that is commonly shared among all components of the consumer price index.

But this latest MPR broke that pattern. Where the previous report, last October, pegged the underlying trend of inflation at 1.5 per cent to 1.7 per cent, the new MPR was silent on the matter, neither affirming the previous estimate nor offering a new one. Indeed, the MPR's discussion of Canadian inflation didn't even include the word "underlying." The report also broke from highlighting the common component measure. The best we got was in Governor Stephen Poloz's prepared opening statement at his post-MPR news conference, where he said the bank "continues to see the underlying trend in inflation as somewhat below 2 per cent." It's something, but it's a far more vague reference to underlying inflation than the bank has been giving us for much of the past year.

This is a big deal because inflation is a big deal to the Bank of Canada – the biggest, in fact. The central bank's interest-rate policy is expressly guided by an inflation target of 2 per cent. Every rate decision the bank makes is ultimately determined by the bank's goal of achieving stable inflation at that target over time (which, given the lag involved on the impact of interest-rate changes on the economy, usually means over the next six to eight quarters).

So, the lens it looks through to understand the inflation trend is critical to its rate decisions. When it adjusts that lens, it matters.

A very good question is, why the change in the inflation discussion? At this point, we don't honestly know; it would be a very good question to ask Mr. Poloz at his next news conference. (At this point, the bank doesn't have any news conferences scheduled until the next MPR, in April, but that could change, should a speaking engagement for Mr. Poloz get added to the schedule before then.)

But we can guess at what factors may have influenced the change.

Perhaps after a downward trend in the Canadian dollar that has lasted for 18 months, Mr. Poloz is coming around to the idea that there's a persistent slump in the currency, the pass-through effects on inflation aren't so transitory and shouldn't reflexively be removed from the equation in search of an underlying trend. But the MPR still spills a fair amount of ink on the temporary pass-through effects of the currency's fall, so this doesn't seem the most likely explanation.

Maybe, given the breakneck speed at which the currency had declined in the weeks leading up to the MPR, the bank felt underlying inflation was becoming too much of a moving target to try to assign a specific value to it. Maybe Mr. Poloz felt it was becoming unhelpful to highlight alternative inflation measures that aren't the bank's official measure for assessing core inflation. The bank officially relies on a measure called CPIX – which excludes the eight historically most volatile components of CPI – in order to see through much of the transitory fog and identify the inflation trend. But the more the bank has discussed its underlying-trend estimates, the more those figures have replaced the official CPIX readings as the go-to numbers for central-bank watchers.

An important factor to consider here is the fact that before the end of this year, the Bank of Canada must renew its five-year agreement with the federal government to use the inflation target as its policy guide. In its research and discussions leading up to that renewal, the bank is musing about two key things: Whether it should increase the target to something higher than 2 per cent; and whether it should use a different measure for core inflation as its de facto guide for assessing the inflation trend.

The bank is unlikely to touch the 2-per-cent target. It has become a solid anchor for the country's inflation expectations, and well-anchored expectations are ultimately what make an inflation target work, providing crucial stability to the economy and allowing monetary policy to be effective. The risks of moving the target almost certainly outweigh the benefits.

But the favoured measure for core inflation is another matter. Mr. Poloz clearly believes the CPIX is flawed, and he and the bank's researchers have been actively exploring other options. The common component looked like the leading candidate until last week, but its absence from the discussion raises the possibility that bank officials have cooled to it. Or perhaps Mr. Poloz has decided he was overdoing it with the alternative measures at a time when the bank is heading into its inflation-targeting renewal process with the government. Maybe he felt the bank should ease off the specific alternative inflation measures until everyone makes up their minds on what the best gauge should be. 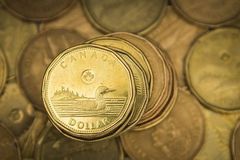 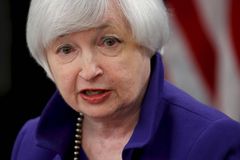 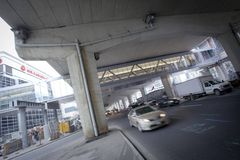 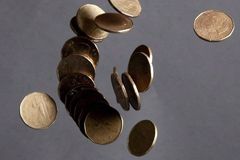