Ottawa is all aquiver with the news that the federal budget will try, yet again, to redesign its $5-billion in programs to encourage innovation. How weary, stale, flat, and unprofitable.

A government policy that "Canadians shall do new things" is a laughable exercise that ends up throwing money at institutions where allegedly innovation might occur, such as universities. In fact, one of the impetuses for reform is that Ottawa now says it understands the glaringly obvious: there are too many programs being offered by too many agencies with too little known about whether any of them actually work.

That is well-worn ground I won't revisit. Instead it seems to me time to point out that the innovation agenda is actually based on an economic fallacy of Trumpian proportions.

Donald Trump, you will recall, believes that trade deficits are bad. If the Chinese sell a lot to the Americans but buy little from them that is conclusive evidence of a terrible "problem" that must be "solved" through protectionism. Even the slightly economically literate know this claim to be nonsense.

Americans get the goods they want at a good price and the Chinese end up with lots of American dollars that they use, maybe not to buy U.S. goods, but to do other things that the United States finds useful, including helping to finance the country's budget deficits to the tune of over $1-trillion (U.S.).

What does this have to do with innovation in Canada? A common economic fallacy is that all countries must produce everything that all other countries do. Otherwise, when we buy something we don't make ourselves we are somehow passing up an obvious opportunity and are being taken advantage of by those dastardly foreigners.

This is just as economically ignorant as the Trumpian delusions about trade deficits. The truth is that the wealth of nations depends not on everyone doing everything, but on specialization, on all countries doing what they do best, and allowing others to do the same. And because every country has different endowments. each has advantages compared with others. This kind of specialization makes everyone better off. You stop doing things you do poorly and put your effort into areas where you can succeed.

But doesn't this mean poorer countries get left behind because they will never be able to compete in any industry with the higher levels of education, technological sophistication and investment available in richer countries?

Not at all. Because this matter of comparative advantage doesn't require you to be the best in the world in order to succeed.

Thus, just as the United States earns a fabulous return from its technological and design capacities from every iPhone sold around the world, Brazil makes a great return from being the best producer of sugar cane, France by selling luxury-brand items, Indonesia by developing its luxuriant hardwood forests and Vietnam by putting its work force to work on textiles and footwear.

The United States could make the footwear and the wines and grow the sugarcane, but in doing so it would be engaged in lower value-added activities than the ones it is supremely good at that currently underpin its standard of living. Everybody wins.

Innovation is no different than any other economic activity.

Canada is a great innovator where it fits in with our comparative advantage in the world. It was Canadian innovation that turned the oil sands from a geological oddity to one of the world's largest reservoirs of recoverable oil. Innovation in relations between the natural-resource industry and Canada's Indigenous population is now a model for the world.

We are told by experts that we don't innovate more because we are made complacent by our access to the U.S. market and our abundant natural resources. This sees things exactly backward. These are among our most precious comparative advantages, ones not enjoyed by many of our competitors. Smart countries double down on their real advantages, not their weaknesses, and don't waste time lamenting that others have advantages they do not enjoy.

Finally the advocates of expansive and expensive innovation policy seem to feel that if some other country innovates that they win and Canada loses. Again this is exactly backward. Innovation is costly, but learning from others' innovations is free. Canadians invented neither the automobile nor the Internet nor just-in-time inventory, yet we benefit from them every day, just as the entire world benefits from our innovations in oil sands, wheat varieties and rail efficiency. Everyone in the world is a free rider on everyone else's comparative advantages.

Relax, Ottawa. You are trying to solve a problem that doesn't exist and spending billions to do so. Just stop. 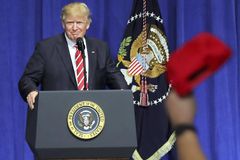 There will always be work – it’s part of the human condition
Subscriber content
January 11, 2017
Follow Brian Lee Crowley on Twitter @brianleecrowley
Report an error Editorial code of conduct
Due to technical reasons, we have temporarily removed commenting from our articles. We hope to have this fixed soon. Thank you for your patience. If you are looking to give feedback on our new site, please send it along to feedback@globeandmail.com. If you want to write a letter to the editor, please forward to letters@globeandmail.com.
Comments