The world's recovery from the worst downturn since the Depression remains a work in progress.

A number of events late this week could refuel the guarded optimism of the past two months – or reverse it and spark fears that the rebound has hit another soft patch.

On Friday, the U.S. Labour Department publishes April employment data. The U.S. jobless rate continued to inch downward in March – to 8.2 per cent – but the 120,000 jobs created were the fewest in five months and a huge disappointment to Wall Street analysts.

A second month of underwhelming job gains would underscore why most Federal Reserve policy makers are reluctant to shift a stance that has them likely on hold through late 2014.

Already, there are tentative signs that U.S. employment did take another step back in April. A couple of weeks ago, weekly claims for unemployment benefits hit the highest level since early January. (They receded in the most recent week measured, but not by much.) Economists warn that if unemployment settles around its current level, consumer confidence could stall, reversing much of the momentum in Canada's main export market.

But the bigger risks this week are political. And they are in Europe, where the ongoing financial crisis is still the primary foreign threat to Canada's economy, according to Bank of Canada Governor Mark Carney.

May 6 could be the most crucial date in a long time. That is election day in France, where Socialist François Hollande is expected to defeat Nicolas Sarkozy, and deal a blow to the euro-wide fiscal treaty backed by German Chancellor Angela Merkel, raising questions about whether the austerity sweeping the continent – and squeezing the life out of many European economies – can continue.

The same day, Greece elects a new parliament. Polls indicate it is not out of the question that the two parties committed to pressing ahead with existing bailout plans may fail to win enough seats to form a majority coalition, possibly making Greece's exit from the euro zone more likely.

All of which means Europe's troubles "will move back to centre stage," BMO Nesbitt Burns senior economist Benjamin Reitzes wrote in a commentary.

"The risk that Europe's crisis flares anew cannot be dismissed," he said.

Consequently, he said, renewed expectations in financial markets for Bank of Canada rate hikes this year could eventually be scaled back. "Considering the speed of the move toward pricing in rate hikes, some reversal shouldn't be terribly surprising."

Political worries from Europe have already been nagging the markets of late. Last week's collapse of the Dutch government, the first double-dip recession in Great Britain since the 1970s, and dreadful economic news plus a credit-ratings downgrade in Spain all served as reminders that all is not well in the euro zone, economically, fiscally or politically – and things could easily worsen.

Add to that the slowdown in the emerging economic powers of Brazil, Russia, India and China, which is increasing the pressure on the Old World advanced economies, all of which, to varying degrees, are struggling to deleverage from years of excess debt. While most of the big developing nations are enjoying growth rates that Canada, the U.S. and Europe could only dream about, Brazil and India have slashed interest rates this month, and Chinese central bankers are loosening lending requirements in a bid to keep credit flowing and avert a "hard landing."

Standard & Poor's last Wednesday even lowered its outlook for India, and warned it is considering downgrading the country's sovereign debt rating to below investment grade.

Earlier this month, even as the International Monetary Fund boosted its outlook for the global economy for the first time in more than a year, IMF chief economist Olivier Blanchard acknowledged that the past six months had been "a roller coaster."

Though things were looking up, he warned: "One has the feeling that, at any moment, things could well get very bad again."

Greece cuts benefits to the dead and lying
April 27, 2012 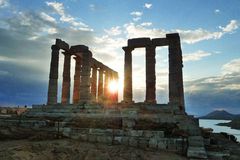 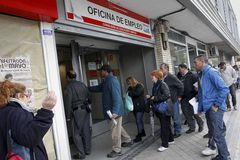 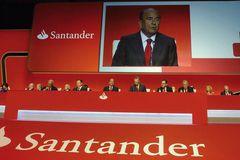 Britain slips back into recession
April 25, 2012 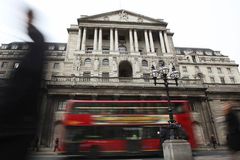 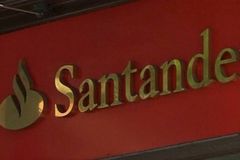