The engines of the global economy are sputtering, driving financial markets into a state of distress.

From the United States and Europe to China, India and Brazil, economic readings indicate the recovery is being sapped, leaving investors to scramble yet again.

Stocks around the world tumbled again Friday on weak U.S. jobs data, the escalating crisis in Europe, and signs of slowing growth in China. The Dow Jones industrial average erased what had been left of its 2012 gain, the loonie fell along with Canadian bond yields, and oil prices slipped by almost 4 per cent to their lowest in eight months, an ominous sign for Canadian resource companies.

Yields on the benchmark 10-year U.S. Treasury note touched a record, below 1.44 per cent, a milestone Sherry Cooper of BMO Nesbitt Burns called a "sign of extreme investor distress" as risky assets were dumped.

Europe and China had already ratcheted up investor angst when a U.S. Labour Department report dashed hopes the world's biggest economy could shrug off Europe's troubles and China's slower-than-expected growth.

Pressure is building on policy makers to keep the troubles in check, ranging from more central-bank stimulus to European politicians convincing markets they can agree on goals to ease their crisis.

"The positive way of looking at all this," said Bricklin Dwyer, an economist with BNP Paribas in New York, "is this is putting feet to the fire for European policy officials, as well as U.S. policy officials, and saying, 'Look, if you thought things were borderline, where are they now?'"

Europe, however, is firmly divided on the right approach to its crisis, with Germany leading the charge for austerity measures that are making it hard for debt-strapped nations to generate the growth needed to stabilize their fiscal situation and get a breather from bond markets.

Political leaders in the region's strongest economy also have balked at calls to take on more of the financial burden of either cushioning the blow from austerity measures, or preventing a Greek exit from the euro zone or the failure of Spain's entire banking system.

Indeed, in Ottawa Friday, Birgit Reinemund, chairwoman of the finance committee of the Bundestag – the German parliament's lower house – sounded a strident tone, telling reporters "it's a false alternative to talk about 'austerity or growth.'"

"What we would like to see is all European countries regaining their competitiveness," Dr. Reinemund said, adding that to do so, tighter budgets "will be necessary."

Moreover, European Central Bank president Mario Draghi has indicated he is not willing to do any more to buy politicians time to stem the crisis, declaring Thursday that the ECB's mandate does not compel it to "fill the vacuum left by the lack of action by national governments."

Other central banks may take action in the coming weeks.

The Bank of England holds a policy meeting next Thursday, and economists in Europe say fresh signs of a deeper-than-expected slump in manufacturing could prompt Britain's central bank to boost its bond-purchasing program. Analysts also say there is a good chance that Chinese policy makers will soon take bold steps to stop the country's expansion from slowing more sharply, through government spending or interest-rate cuts, or both, after manufacturing slipped in May.

In the U.S. – where employers added 69,000 workers last month, fewer than Wall Street analysts were hoping for, and the jobless rate ticked up to 8.2 per cent – the stage may be set for another round of asset purchases by the U.S. Federal Reserve, dubbed "QE3," as inflation risks ease.

Bank of Canada Governor Mark Carney, meanwhile, is expected to leave interest rates unchanged on Tuesday, extending the central bank's longest pause since the 1950s. Bets are rising, though, that he may cut rates before the end of the year if things keep deteriorating.

With a file from reporter Sean Silcoff in Ottawa. 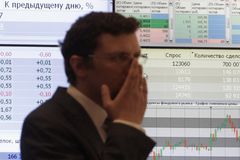 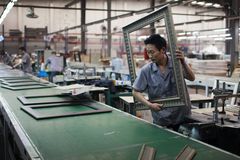