We've known for a long time now that the federal government has a structural deficit -- that is, a deficit that will not go away when the recession does. As far as I can make out, the proximate cause is the Conservatives' decision to cut two percentage points from the GST, which reduced revenues by about $12-billion a year. But since no federal party dares suggest that this cut should be reversed, the debate has been reduced to cutting federal spending versus tax increases that won't actually do much to increase revenues. The Conservative government has been signalling its preference for spending cuts, and we can probably expect some sort of austerity program in the next budget. But is now the right time?

As far as partisan political considerations go, the government's answer must surely be "yes". The time to implement unpopular measures is the first year of a government's mandate. Voters' memories being what they are, pain inflicted in the spring of 2012 will likely be long forgotten by the fall of 2015.

Even so, getting the economic timing right is at least as important. Many pundits around the world have pointed to the remarkable success of the Chrétien-Martin budgets of the mid-1990s -- in which a federal deficit of 4.8 per cent of GDP was turned into a surplus in the space of three years -- and concluded that deficits can be eliminated with little cost. But as the Conservative/Liberal-Democrat U.K. coalition government is finding out, austerity imposed at the wrong point of the business cycle can make a bad situation much worse.

One of the most important features to remember of the 1990s budgets is that austerity was imposed after the economy had recovered from recession. Cuts in public-sector employment were more than compensated by job creation in the private sector.

The Canadian situation is very different: private-sector employment recovered its pre-crisis peak last June, and public-sector employment has grown during the recession. In this respect, the Harper government is at least as well-positioned to implement austerity as was the Chrétien government.

But there are still two important differences. In the mid-1990s, the Bank of Canada was able to counter the contractionary effects of fiscal austerity by cutting interest rates by 5 percentage points. Even though the cuts we might expect of this government are likely to be much smaller than in the 1990s, the Bank of Canada has almost no room to accommodate a significant fiscal contraction.

The other is the ever-present risk that the euro zone debt problems might produce a financial crisis comparable to the one we saw in the autumn of 2008. Indeed, it is this risk that is largely responsible for the Bank of Canada's reluctance to increase interest rates even as the Canadian economy moves out of recession.

If the Conservatives do implement an austerity budget this spring, it will be based on three premises:

2) The euro zone debt crisis will not bring down global financial markets.

3) The Bank of Canada will be able to use monetary policy to offset the effects of a modestly contractionary fiscal policy.

These may be reasonable assumptions to make. We'll soon find out of the federal government is comfortable using them as the basis for policy.

It's time for an adult discussion about HST/GST
September 16, 2011 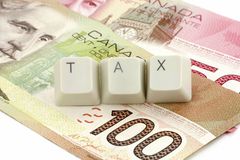 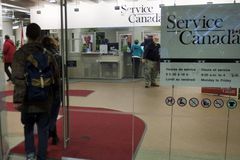 How Harper's deficit plan fits into his long-term strategy
December 26, 2011
Follow Stephen Gordon on Twitter @stephenfgordon
Report an error Editorial code of conduct
Due to technical reasons, we have temporarily removed commenting from our articles. We hope to have this fixed soon. Thank you for your patience. If you are looking to give feedback on our new site, please send it along to feedback@globeandmail.com. If you want to write a letter to the editor, please forward to letters@globeandmail.com.
Comments