Central banks aren't pretending to know exactly where they're going.

Extraordinary policies deployed in unprecedented times suggest an unpredictable path. The Bank of Canada likely will cut its outlook for 2013 on Wednesday, as it's done at each of its quarterly economic updates since the fourth quarter of 2010, according to Charles St-Arnaud, an economist at Nomura Securities in New York.

On its face, it is a shabby record, one that Governor Mark Carney has defended by pointing out that private forecasters have done no better. With the benchmark interest rate at 1 per cent or less for more than four years, it's reasonable to assume stronger growth is around the turn. Unfortunately, the turn happens to be a painfully long one.

The Bank of Canada's revised growth forecasts hold the most interest for Bay Street and Wall Street.

In January, the central bank predicted gross domestic product would expand 2 per cent in 2013 and 2.7 per cent in 2014. Mr. St-Arnaud reckons those estimates will be pared to 1.8 and 2.5 per cent, respectively. The International Monetary Fund on Tuesday dropped its outlook for Canada to 1.5 per cent this year and 2.4 per cent in 2014.

The IMF in its World Economic Outlook advised the Bank of Canada to leave borrowing costs at their current level until economic growth is entrenched. But some can't help but wonder if Canada's central bank will be tempted to respond to weaker growth by cutting interest rates. Prices for some financial assets whose value are linked to short-term interest rates suggest some investors are hedging against such a possibility.

Robin Brooks and Michael Cahill, economists at Goldman Sachs, said in a research note this week that a revision to the 2013 outlook to something below 1.6 per cent would signal the central bank is becoming more "cautious" and "more doubtful about when and from where the recovery will come."

Still, the Goldman Sachs analysts doubt the Bank of Canada is contemplating lower interest rates, or even a shift in guidance.

In March, policy makers signalled that the benchmark rate would stay low for longer by stating that economic slack, a muted outlook for inflation and the stabilization of housing prices argued for leaving the "considerable monetary stimulus" in place for a "period of time." The Bank of Canada continued to signal that the next change in policy, whenever it comes, would be to take rates higher.

Could – should – the Bank of Canada drop the pretense of higher borrowing costs? Weaker growth suggests the "period of time" that interest rates will be kept low has lengthened. At the current rate of growth, Mr. St-Arnaud says it will be the end of 2014 before Canada's economy is operating at a pace that would cause inflation. That means the central bank's benchmark rate could be left at 1 per cent for more than a year, and maybe even two. Why talk about raising it?

The reason is the same as why it's been so difficult to get forecasts right: Policy makers don't quite know where they're going.

Much has been made of late of the debate inside the Federal Reserve over whether it's time to curb quantitative easing over fears that cheap money risks inflation and inflating asset bubbles. There's little reason to think Canada's central bankers aren't having a similar debate.

After a couple of years of warning Canadians about the dangers of debt, and four separate moves by Finance Minister Jim Flaherty to tighten home-lending policies, the Bank of Canada is reasonably comfortable that a housing bubble has been safely deflated.

Dropping all hints of higher rates would be seen as a prelude to a rate cut, which could trigger another debt-fuelled rush for housing. Several years ago, policy makers might not have worried about that. But the crisis has changed that.

As Janet Yellen, the No. 2 at the Federal Reserve Board, said in Washington on Tuesday, financial stability no longer is the "junior partner" to monetary policy at central banks. The art of central banking now is finding a balance between inflation and growth objectives and containing risks to the financial system.

Memories of the U.S. housing crash might be fading, but they still linger. As long as interest rates are ultra-low, central bankers have reason to remind borrowers that nothing is forever – especially once-in-a-lifetime mortgage rates. 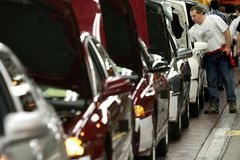 Disinflation trend keeps Bank of Canada on its toes
April 14, 2013 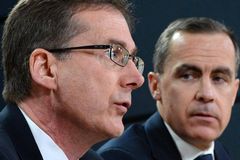 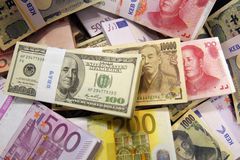 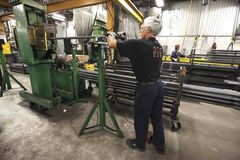