Wednesday, July 31 would have been the 101st birthday of the late Milton Friedman, one of the most influential but contentious economists and policy analysts of the 20th century.

Milton Friedman was instrumental in creating what became known as the Chicago School of economic thought, at its zenith in the 1960s, which celebrated the power of free markets and highlighted the limitations of government intervention – a stance that has made him a hero to many modern-day conservative economic thinkers. Mr. Friedman influenced the public debate in countless areas. He argued strongly against legislated rent controls and direct pollution regulations, and equally strongly in support of school vouchers and a negative income tax. In each of these areas, he did not disagree with the government's stated policy objectives – pollution reduction or income redistribution, for example – but believed that his proposals would be more effective at achieving them. He opposed mandatory military service because it reduced individual liberty, and he opposed government provision of disaster relief because it eroded individual responsibility. There were few areas of economics in which he didn't have something interesting (and controversial) to say. He easily generated as many opponents as he did supporters, but that never fazed him.

Of all the major contributions he made to economics and economic policy – and there were many – perhaps his most lasting was in the area of monetary history and policy. And the events that have happened since his death in 2006 have certainly confirmed his enormous influence in this sphere.

In his classic 1963 book, A Monetary History of the United States, 1867-1960 (which I admit is hardly a page-turner for your average reader), Mr. Friedman and his co-author Anna Schwartz examined the empirical relationship between a country's money supply and the level of economic activity. The "Keynesian Revolution," which followed the Great Depression and provided the dominant macroeconomic perspective in the post-war period, promoted the view that money "didn't matter," and in its place governments should use fiscal policy as a way of stimulating economic activity. This view did not sit well with Mr. Friedman's economic (or political) instincts.

Mr. Friedman and Ms. Schwartz analyzed reams of U.S. data and showed that, in contrast to the Keynesian view, there appeared to be a very close relationship between money and aggregate output. Indeed, changes in the money supply appeared to "lead" changes in economic activity, suggesting a clear causal connection.

This relationship appeared to be especially strong during the 1930s. Collapses in banks' asset values and widespread panic among depositors caused hundreds of commercial banks to fail, while hundreds of others hunkered down and reduced their lending to only the safest of customers. The drop in the flow of bank credit represented a massive decline in the U.S. money supply. For Mr. Friedman and Ms. Schwartz, this was a crucial event that turned what would otherwise have been an ordinary recession into the Great Depression.

Mr. Friedman further concluded that much of the economic and social tragedy of the Great Depression could have been avoided if the U.S. Federal Reserve Board had acted aggressively. At the time, the United States was part of the Gold Standard, a system that restricted the Fed's actions to those in support of a fixed exchange rate. Mr. Friedman argued that if the Fed had instead dramatically increased the monetary base, by simply printing money and using the proceeds to purchase government bonds, the massive decline in the U.S. money supply would have been reversed and the tragedy of the Depression would have been avoided.

Don't be surprised if all of this sounds eerily familiar. When the collapse of Lehman Brothers in September, 2008, ushered in the global financial crisis, and the financial systems in the United States and parts of Europe started to disintegrate, current Fed chairman Ben Bernanke was thinking of little other than his academic specialty – which includes the Friedman and Schwartz analysis of the Great Depression. Keeping the financial system operating, and providing it with massive amounts of liquidity, became the Fed's central concern. And after the worst part of the crisis was over but commercial banks continued to hoard their cash instead of lending it out, Mr. Bernanke did exactly as Mr. Friedman would have suggested – he printed hundreds of billions of dollars and used them to purchase government securities (and other assets too), the policy now known famously as quantitative easing.

Isn't it ironic that many opponents of Mr. Bernanke's aggressive policy stance – of recklessly supporting private banks and printing gobs of money! – claim to be defenders of small-government, free-market policies and view Mr. Friedman, a believer of the supremacy of monetary over fiscal policy, as their ultimate intellectual hero? As they celebrated his 101st birthday, did they even remember his largest contribution to economic knowledge? 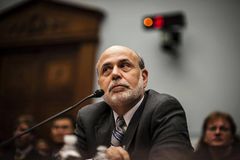 Bernanke’s quest for clarity should be praised, not criticized
July 18, 2013 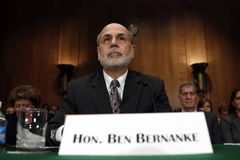