U.S. Federal Reserve policy makers may have surprised the markets by deciding it was too soon to begin scaling back aggressive monetary easing. But the Fed and everyone else are already in the process of shedding such extraordinary measures, Brazil's central bank chief says.

"The timing of this [exit] is unclear at this point," Alexandre Tombini told a phone conference Monday. "But it's fair to say that ... we are already in the process of transition."

It is a transition that is bound to be marked by continued volatility in currency and other markets, Mr. Tombini said. "This has been the story since mid-May ... and countries have had to cope with this increased volatility."

Emerging markets, including Brazil's, rallied in response to the Fed's decision last week to keep buying $85-billion (U.S.) a month of government bonds and other assets, rather than begin the slow withdrawal from quantitative easing that it had been signalling since the spring.

Asked if the Fed missed an opportunity to start tapering those asset purchases, after priming the market for such a policy shift, Mr. Tombini

focused instead on the need for a slow, deliberate withdrawal from stimulus.

"It's very welcome to have this exit process from unconventional monetary policy be a well-anticipated, well-thought process. Certainly, this will help all of us. ... The more co-ordinated, the more gradual the process is, you certainly have a benefit."

Still, a tough transition period lies ahead. "This will be clear from what has happened in the case of Brazil," Mr. Tombini said.

Against this uncertain backdrop, Brazil's central bank will continue its efforts to shore up its currency, the real, despite its rebound since August, when the bank launched a $60-billion program of daily intervention in the foreign exchange market.

It is all part of a clear strategy, "in terms of taking risk off the table," Mr. Tombini said. Through changes in monetary and financial policies and the exchange rate operations, "we have worked to mitigate risk during these more stressful times."

Meanwhile, Brazil's flagging economy appears to be on the mend. The bank forecast in June that growth would be a modest 2.7 per cent in 2013, a big improvement on the meagre 0.9-per-cent expansion in 2012. Growth in the first half of the year was marked by higher aggregate investment and some recovery in the weakened manufacturing sector.

Mr. Tombini also took note of the somewhat brighter outlook for the global economy – and such key Brazilian customers as China and the United States. "We see stabilization in Europe. We see China rotating its growth model in a positive and constructive way. We see the United States recovery gaining more force."

As a result, "the global environment we have to confront going forward should be a net positive for emerging markets."

But Brazilian officials are still trying to repair the dent to both business and consumer confidence caused by rising inflation. This prompted the central bank to signal last January that it would tighten monetary policy. Since April, it has increased its benchmark interest rate by 1.75 percentage points from a record low of 7.25 per cent and may ratchet policy up another notch at its next meeting in October.

"Monetary policy has to be vigilant at this juncture to ... contain inflationary pressures." 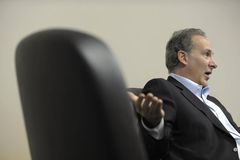 The Fed did emerging markets and the TSX a favour
Subscriber content
September 19, 2013 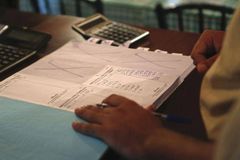