Finance Minister Jim Flaherty seems to take pride in the number of "integrity" measures he has introduced into the Canadian tax system. An unusual item in Budget 2013 was a pamphlet in which were touted "over 75 measures" introduced since 2006 that were aimed at "improving integrity and closing tax loopholes." This shouldn't be a big surprise from the minister who was willing to take the heat of closing down income funds almost a decade ago.

Mr. Flaherty's 2014 budget continues this pursuit of fiscal integrity, but at a slower pace than in former budgets. Nevertheless, the 2014 budget outlines all the "integrity and fairness measures" introduced since Budget 2010 and "fiscal savings" estimated to arise from them from 2010 to the 2018-19 fiscal year, showing total fiscal savings for all of these proposals and all of these years exceeding $23-billion – clearly not chump change.

The budget also includes a discussion, at a more macro level, of actions taken by the government to create a "competitive business tax system." Listed are reductions in the federal general corporate tax rate from 22.12 per cent in 2007 to the current 15 per cent and elimination of the federal capital tax.

Clearly steps taken to protect the integrity of the tax system help in creating a broader, more comprehensive tax base that allows for lower tax rates and a more neutral tax system. However, adjusting to the annual changes to the system is a challenge not only for those who have taken advantage of the tax-planning opportunities being closed down, but to all taxpayers, simply because of the uncertainty that the new rules can bring to tax planning and compliance.

The minister's fiscal savings estimates are perhaps the best indication of the slower pace of integrity measures in Budget 2014. While savings from these measures in Budgets 2011 to 2013 are estimated to be over $8-billion, $3-billion and $6-billion respectively, the estimate for 2014 is only $1.765-billion. Most of that is attributed to one proposal aimed at so-called "captive insurers," generating savings of just over $1-billion. This proposal is aimed at structures adopted by certain Canadian corporations that use offshore "capital insurance" subsidiaries and "insurance swap" arrangements intended to convert taxable income into non-taxable income. While presumably not a change that will affect a lot of taxpayers, it is likely that those affected will be affected a lot.

The budget's other principal integrity measure is one aimed at another plan in which Canadian taxpayers try to move investment income outside Canada to avoid Canadian tax by using a controlled offshore "bank." Going forward, only Canadian financial institutions will be able to set up an offshore bank that is considered to be a "bank" for Canadian tax purposes.

It seems, however, that the biggest integrity shoes from this budget are yet to drop. The budget discusses efforts of the Organization for Economic Development and Co-operation (OECD) and G20 relating to "base erosion and profit shifting" (BEPS). These are international tax reform efforts triggered in part by revelations of multinational corporations shifting their profits to offshore jurisdictions and paying dramatically low effective tax rates. In Budget 2014, the government invites input on various BEPS-related questions, including "what considerations should guide the government" in determining how it should respond to BEPS issues. Any business with international operations should be paying attention.

The budget also announces a "further consultation" relating to so-called "treaty shopping." The minister announced a consultation on treaty shopping in last year's budget that ran through to the middle of last December. One of the comments made by a number of interested parties is that Canada should not move forward on this topic until the OECD has come forward with its suggestions in this regard, if only to ensure that any Canadian proposals fit with those of the OECD.

Nevertheless, the budget contains some fairly detailed treaty shopping proposals that, if adopted, will affect many investments made by foreigners in Canada, as well as Canadians doing business with or making payments to non-residents. Although announced as a "further consultation," the consultation period is a mere 60 days. It seems clear that this further integrity shoe is ready to drop soon.

Timothy Wach is a tax policy expert and partner at Gowling Lafleur Henderson LLP in Toronto, and former chief legislative counsel at the Department of Finance. 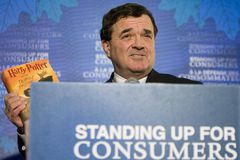