As Canadian citizens, we celebrated Canada's 146th birthday last Monday. Over the past century, our country has made progress in many areas: Chiefly, our life expectancy has surged and our standard of living has reached an unprecedented level. Our economy has shown resilience through the latest financial crisis, thanks to prudent financial regulation and more than 10 consecutive years of balanced budgets before that.

Canada remains a member of the prestigious triple-A credit-rating club, and its gross domestic product currently exceeds its pre-recession level by 5 per cent (versus 3.2 per cent higher for the United States, and 3.3 per cent lower for the euro zone).

As Canadian investors, however, we unfortunately have little to celebrate this year. Our capital markets suffered losses over the first half of the year, with negative returns on bonds (DEX Universe Bond Index: down 1.68 per cent), stocks (S&P/TSX total return: down 0.88 per cent) and an almost 5-cent decline in the Canadian dollar versus its U.S. counterpart.

Considering that the S&P 500 has posted an impressive 13.8-per-cent total return (20.3 per cent in Canadian dollar terms) over the same period, this is a significant underperformance.

In fact, a 20-per-cent performance gap in common currency over a six-month period has only happened on three other occasions in the past 30 years (see chart). The previous episodes (the 1986 OPEC disagreement, the 1998 Asian crisis and the 2008 financial crisis) were all associated with significant oil price declines. This time, oil is not to blame: The North American benchmark West Texas intermediate grade of crude increased by more than $5 (U.S.) a barrel in the same period (more than $20 for the Western Canadian Select grade).

Even though this is not the first time (or the last time) that we are witnessing some divergence between Bay Street (financial markets) and Main Street (the real economy), my question is: Anything wrong with Canada?

Among the reasons for this underperformance, we can first look at the gold sector, which declined 43 per cent due to the collapse of bullion prices (worst quarterly drop in more than a century in the second quarter), which has nothing to do with Canadian fundamentals. However, given its weight in the S&P/TSX index in early January, this still only explains about 3.5 percentage points of the gap. We must look elsewhere for explanations.

We strongly believe that the current uncertainty related to Washington's approval of the Keystone pipeline project has played a major role here, by casting doubts over the future revenues of Canadian oil sands producers. Even if oil sands producers do have significant expansion projects on the table, investors still remain skeptical about the prospects for growing volumes of Canadian oil to cross the U.S. border. Any negative decision from Washington regarding Keystone would send a very negative signal to foreign investors about Canadian energy sector prospects, and reduce available capital (or increase the cost) for such projects.

Ultimately, that could even jeopardize other infrastructure pipeline projects, such as those in Quebec or on the West Coast to reach overseas markets, by reducing acceptance from local communities. Of course, rail transportation could offer an alternative solution, but the costs are higher and the potential more limited.

Bottom line: Canada currently has strong fundamentals and huge economic potential over the long run. However, Canadian investors should monitor developments from Washington and understand (and accept) that our "local" stock market currently has little to do with this country's strong balance sheet, and not feel guilty by adding foreign stocks to their portfolio. Given the outlook for lower commodities prices, they should not worry too much this time about potential losses from exchange rates if our bearish prediction on the loonie, which I discussed earlier this spring in Economy Lab, comes true. 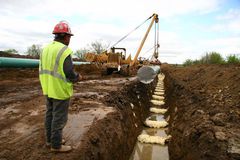 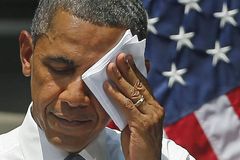 Keystone not the only challenge for Harper as Obama reveals climate plan
Subscriber content
June 26, 2013 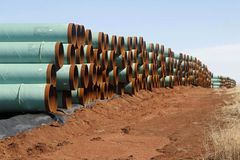