Bank of Canada Governor Mark Carney and the Bank of England's Andy Haldane are the young guns of international financial regulation; both in their 40s, both extremely smart, both highly respected.

And they have a fundamental disagreement.

Back in August, Mr. Haldane, executive director of financial stability at the Bank of England, made waves with a speech that characterized the Basel III banking rules as too complex, calling on fellow regulators to take a simpler path.

"Because complexity generates uncertainty, not risk, it requires a regulatory response grounded in simplicity," Mr. Haldane said at the Kansas City Fed's economic conference in Jackson Hole, Wyo. "Less may be more."

After all the effort that has gone into overhauling financial regulation in recent years, Mr. Haldane was inviting a surly response from his counterparts. Mr. Carney, the head of the Financial Stability Board, has emerged as one of the surliest. "I thought Andrew Haldane's speech was uneven," Mr. Carney tells Euromoney in an article published on the publication's website Thursday.

At Jackson Hole, Mr. Haldane suggested that the newest international financial guidelines – known as Basel III – complicate matters by setting minimum standards for risk-adjusted capital and maximum standards on lending. He would focus primarily on lending, as measured by the leverage ratio, which compares a bank's loan book to its assets. Mr. Haldane said the capital measure is problematic because assigning the correct risk "weights" to various assets – sovereign debt, for example, has a risk weight of zero – is too difficult. "The hierarchy should if anything be reversed, with the leverage ratio playing the frontstop role given its simplicity and superior predictive performance," Mr. Haldane said.

Mr. Carney made clear in his interview with Euromoney that he thinks Mr. Haldane is flat wrong. The leverage ratio treats all assets the same: a German bund is as safe or risky as a mortgage-backed security. If this is the primary measure that regulators use to keep banks in check, there's nothing stopping lenders from loading up on risky assets, Mr. Carney said.

That's not to say Mr. Carney is dismissive of the leverage ratio; quite the opposite. He advocates a "belt and suspenders" approach, with the leverage ratio backing up minimum standards for risk-weighted capital. "The things people thought were riskless turned out to be very risk in the run-up to the crisis," he tells Euromoney, which named Mr. Carney its 2012 central banker of the year. "A big chunk of this crisis was caused by thing that people thought were risk free – superior senior triple-A assets on bank balance sheets, or in SIVs or in the heart of the repo market. One of the reasons Canadian banks did not have a tone of it but the U.K. banks did was because of the leverage ratio, so I don't need anyone to tell me the leverage ratio is valuable. It's in the system and there for a reason."

Mr. Carney also takes exception to the more philosophical argument that simpler is necessarily better when it comes to financial regulation. Mr. Carney isn't an obsessive rule writer; Canada's regulatory system is based largely on principles that are interpreted by authorities. But recent history isn't kind to laissez-faire regulation.

"Basel I was simple and it drove us off a cliff," Mr. Carney says in Euromoney. "Andrew Haldane's conclusions aren't supported by the facts." 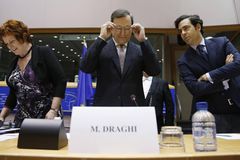 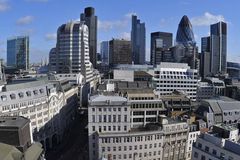 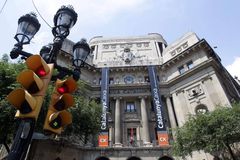