Unconventional monetary policy is working, economists at the Bank of Canada and International Monetary Fund say, but both sets of researchers warn in separate reports that a return to normalcy could be bumpy.

While the papers reflect the views of the authors, and not necessarily those of their respective institutions, the matching conclusions nonetheless promise to stiffen the resolve of central bankers to press ahead with their unprecedented adventures in policy making.

"While central banks must be mindful of the potential costs and risks of their actions, currently these issues do not appear to present sufficient cause to restrict the use of these measurers," write Eric Santor and Lena Suchanek in an article published Thursday in the latest edition of the Bank of Canada Review, a quarterly publication that features in-house research.

The U.S. Federal Reserve, the Bank of England and the Bank of Japan have created the equivalent of trillions of dollars to purchase financial assets.

The European Central Bank essentially has promised to loan unlimited sums to euro zone banks while lowering its collateral standards. The Bank of Canada has held its benchmark interest rate at 1 per cent or lower since January 2009. All those central banks have said either explicitly or implicitly that they intend leave interest rates extremely low for a long time.

Nothing like this has been tried in the history of central banking.

Implemented as emergency measures, these policies have endured because the world's largest developed economies have failed to gain momentum since the financial crisis.

"Looking ahead, unconventional monetary policies may continue to be warranted if economic conditions do not improve, or even worsen," states the IMF report, prepared by staff.

There is little disagreement that the world's leading central banks stopped the crisis from getting worse. There is, however, growing disagreement about whether the benefits still outweigh the costs.

The Bank of Canada and IMF studies follow by a day a study by Paul Masson, a PhD economist who has worked in senior roles at both institutions, that concludes Canada's central bank should begin raising interest rates immediately.

Dr. Masson's report, sponsored by the C.D. Howe Institute, a Toronto think tank that studies economic policy, raised a long list of negative consequences that could arise from such a long period of cheap money.

They include runaway inflation, bubbles in assets ranging from houses to high-dividend-paying stocks, and unhealthy risk taking by pension funds and insurance companies, both of which are struggling to make money with interest rates so low.

The Bank of Canada and IMF studies echo Dr. Masson's concerns, though neither report calls for an immediate change in course.

They also highlight the difficulty central banks such as the Fed will face when the time arrives to unwind their stimulus efforts.

The value of the Fed's portfolio of financial assets was 6 per cent of gross domestic product in January 2007, according to the IMF. Six years later, at the start of 2013, the Fed's balance sheet had ballooned to 19 per cent of GDP, an increase of more than 200 per cent.

The Bank of England's balance sheet, expressed as a percentage of GDP, increased by an even greater amount. The Bank of Japan is just getting started on a similar path.

So far, the Fed's bond buying has been profitable because coupon payments exceed the interest it pays on reserves private lenders leave with the central bank.

That has allowed the Fed to remit record sums to the Treasury. But when interest rates rise in the future, all those bonds will become less valuable because they will offer investors lower yields than newly issued securities.

The Fed could actually lose money, which would threaten its credibility and potentially attract unwanted attention from unhappy politicians.

Quite apart from that, the Fed, the Bank of England and the Bank of Japan will have to carefully manage expectations as they pull out of markets in which they have been the primary buyer.

The IMF says it's possible that the heavy intervention of central banks in financial markets has caused the old relationships between interest-rate policy and market prices to break down.

A sharper-than-expected jump in interest rates also is a possibility, as investors will scramble to imagine a world without the Fed and other central banks as big buyers of bonds.

"Clear communication and guidance will be crucial for a successful exit," Mr. Santor and Ms. Suchanek write in the Bank of Canada paper. 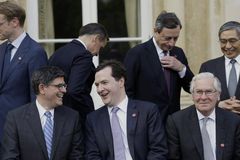 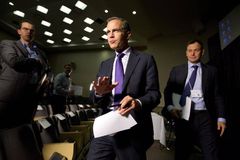