Last week (Sept. 16), Mexico celebrated its 202nd anniversary of independence. In the scheme of anniversaries, this year was not of particular importance. As it pertains to Mexico's budding democracy, though, this year's celebrations provided Mexicans, from Tijuana to Mexicali, with the opportunity to reflect on looming changes to Mexico's political landscape.

On Dec. 1, Enrique Pena Nieto of the PRI, and former governor of the State of Mexico, will become Mexico's next president. After 12 years of National Action Party (PAN), the country is returning to el tricolor.

The question Mexicans are asking, of course, is, will the return of the PRI mean a return to the political cronyism and repression of years gone by, or will it mean, as Mr. Pena Nieto has vowed, a PRI that is committed to clean government and that will usher in energy, labour, and tax reforms that eluded the presidencies of both Vicente Fox and Felipe Calderon?

The answer to this question also has implications for non-Mexicans. In Canada's case, its fifth-most-important export market ($5.5-billion in 2011), third-most important market for imports ($24.6-billion in 2011), and the home of more than $4.2-billion (2011) of Canadian direct investment abroad. Companies such as Bombardier, Gold Corp, Husky Injection, Magna, and Martinrea all have significant and growing operations in the country.

It will be crucial for Canadian exporters and direct investors to watch this story unfold: It will have a direct and material impact on their top and bottom lines.

As an exporter, importer or direct investor, it is important to have more than a superficial understanding of the country that your company is doing business with or in. Successful management of business risks and the ability to effectively penetrate a particular market requires in-depth knowledge and appreciation of the country's history, culture, political and economic structure and direction. This was No. 6 (country acumen) on my list of 10 Cs of Global competitiveness. There is never a shortage of subplots when it comes to Mexico's maturing democracy that must be considered by Canadian entrepreneurs, managers and employees if they hope to have enduring commercial success with our NAFTA partner.

On July 2, 2000, Mexico ushered in a sea of political change and the promise of an economically stronger and more transparent government with the election of Mr. Fox – former Governor of the State of Guanajuato and past President of Coca-Cola Mexico – as President of the United Mexican States. For the first time in 71 years, Mexico would be governed by a political party other than the Institutional Revolutionary Party (PRI).

I remember this day, and the days leading up to the transfer of executive powers to Mr. Fox. As President of the Canadian Chamber of Commerce in Mexico at the time, I took great interest in witnessing the unbridled excitement that erupted across Mexico with Mr. Fox's election, but I also had the unique opportunity of participating in one of the economic committees specific to his transition team.

The country's economy enjoyed positive growth during Mr. Fox's tenure, and subsequently with Mr. Calderon (with the exception of 2009, when the economy contracted by a staggering 6.5 per cent). But the path to political and democratic reform has been slow, fragmented, and not nearly as transparent as had been the dream of the thousands of Mexicans that crowded around the Angel of Independence in Mexico City and cheered on Mr. Fox's victory.

Both presidents had to deal with a Mexican Congress that was not controlled by the PAN (which was not the case the for PRI before 2000), and they had to confront state governments that were, more often that not, from the political opposition. Both men had to do something that was unheard of in Mexico for most of the 20th century - negotiate and compromise.

William Polushin is Founding Director of the Program for International Competitiveness at the Desautels Faculty of Management, McGill University; Vice President, Global Expansion and Strategy at Vortex Aquatic Structures International; and President of AMAXIS, an international business and operational development services firm. 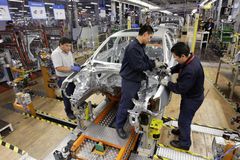 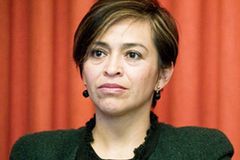 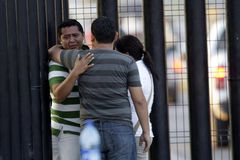