Investors last week got the first real look at the policy style of new Bank of Canada Governor Stephen Poloz when he delivered a drastic change in the economic and interest rate outlook – but virtually no forward guidance as to the timing, or direction, of the next rate move. It is apparent the game has now shifted away from spoon-fed policy guidance and back to assessing the risks in the central bank's forecast assumptions.

Assessing those risks suggests the bank may be out of the rate-hike game for now, but probably not for as long as investors currently predict. It all comes down to the global economic outlook, particularly growth prospects in the United States.

An upturn in global growth is virtually the only cure for Canada's current domestic malaise, since fiscal stimulus has been replaced by government belt-tightening, and ultra-low rates are no longer having much stimulative impact.

Broadly speaking, the outlook around the world looks distinctly brighter. There has been a pronounced improvement in global purchasing manager indexes (PMIs) in China, the euro zone, Britain, Japan, and most importantly for Canada, the United States. Indeed, the most recent U.S. Institute for Supply Management manufacturing PMI of 56.2, versus the 60-year average of 53, suggests U.S. gross domestic product (GDP) growth will be well above trend, perhaps in the 3- to 3.5-per-cent range. (PMI readings above 50 are indicative of expansion.)

For this and other reasons, the Bank of Canada's message on the U.S. economy remained essentially optimistic in its quarterly Monetary Policy Report release last week, despite the chronic policy uncertainty in Washington.

While the Bank of Canada cut its outlook for 2014 U.S. GDP growth to 2.5 per cent from 3.1 per cent previously, most of it – about 0.4 of a percentage point – came from a downgrade to the outlook for the second half of 2013, which means the U.S. economy will be starting from a lower base entering 2014 than previously predicted, effectively dragging down the GDP potential for the ensuing year. The Bank of Canada still predicts average quarterly annualized U.S. GDP growth next year will be well above 3 per cent.

A glance beyond the recent disappointing U.S. jobs figures and the drama in D.C. reveals the reasons for the bank's relatively constructive stance on U.S. economic growth prospects.

Households are now in a much better position financially than they were a few years ago. Consumer balance sheets are in the best shape in more than a decade and consumer price pressures remain tame. That means consumer spending is being boosted by both positive wealth effects and rising discretionary income.

Indeed, the wealth effect may now be the strongest in a decade. The two main assets on the household balance sheet – housing and equities – are booming. For the past year, home price percentage gains have been in double-digit territory, with an annual gain of 12.4 per cent as of July, according to the Case/Shiller home price index. The broad stock market is up almost 20 per cent.

Household debt levels also continue to improve thanks to ultra-low borrowing rates and principal reduction. Consumer financial payments (everything from mortgages or rent to credit card payments) are at a 30-year low of 15.7 per cent of personal disposable income. This is down from a peak of almost 19 per cent in 2007, and that is delivering a powerful boost to discretionary consumer spending: Every one percentage point decline in the financial obligations ratio adds $110-billion to consumer spending growth and gives a half-point boost to annual GDP growth.

With the U.S. Federal Reserve likely to leave accommodative monetary policy in place for some time, further declines in debt payments will likely continue to be a boon for economic growth. Discretionary spending is also getting a boost from the recent slump in food and energy prices, which combined account for 13 per cent of consumer outlays.

The recent news flow suggests U.S. households are not the only ones to have whipped their balance sheets into shape and to be increasingly in a position to contribute to economic growth. A sector often overlooked in these days of intense wrangling about U.S. federal budget issues are events taking place at the state and local level. The U.S. Census Bureau reported last month that state budgets are steadily improving, and thanks to the recovery in the real estate market, local government budget prospects are looking brighter as well.

In the early days of the recovery from the Great Recession, only non-financial corporations boasted strong balance sheets, high cash levels and low debt, and were in a position to spend. With households and, increasingly, state and local governments joining their ranks, the U.S. growth prospects continue to improve.

As such, the Bank of Canada may be justified in sticking to a positive, if cautious, outlook for the U.S. economy. Combined with an improving economic outlook in other parts of the world and persistent concerns about rate-fuelled asset bubbles in Canada, the bank may be back in tightening mode sooner than the majority of investors think. 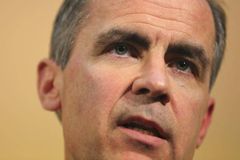 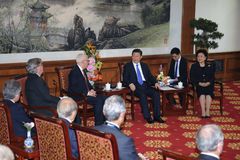