Call me naive, but I think people advocating big "solutions" to problems have an obligation to establish the problem actually exists. Then we can set the cost of the solution against the benefit of solving the problem, to see if they match up.

The advocates of a major enhancement of the Canada Pension Plan (CPP), such as a number of trade unions and the governments of Ontario and Prince Edward Island, have failed this elementary test. What exactly is the problem they are trying to solve?

Leave aside alarmist rhetoric about looming retirement crises and inadequate savings that serve no purpose other than to fan the flames of anxiety among the population about the uncertainty of the future, including their future income. Let's start instead by asking how well the existing retirement system serves Canadians.

France and Germany are the only two rich industrialized countries whose retirement income systems give their retirees a higher percentage of average pre-retirement disposable income than Canada does (according to a 2009 report by policy expert Jack Mintz for the federal-provincial Working Group on Retirement Income Adequacy). Awkwardly for the big CPP advocates, countries with much more generous state retirement schemes, such as Sweden, the Netherlands and the United States, end up giving retirees less income, on this measure, than Canada's 91 per cent.

Nor is the CPP a redistributionist scheme. Unlike the Americans, who unwisely combine an income replacement scheme and a low-income top-up in social security, we keep them separate. Our top-up (Old Age Security and the Guaranteed Income Supplement) is properly paid for from general tax revenues, rather than payroll taxes.

This approach has significantly reduced poverty among seniors in Canada. We know, however, that there remains a small but important number of poor seniors. CPP reform is of little use to them. If we have spare cash to spend on public retirement programs, that appears to be a better bet than CPP expansion.

Moreover, wealthy Canadians, civil servants and most members of the middle class, according to the evidence, are well served by the existing system. So what we have left is a relatively small share of the middle class that might not have adequate retirement savings.

But then again, they might. We face a paucity of sound and complete information on this score, not least because people save in remarkably diverse ways for retirement, including through equity in homes and businesses.

But if that's the problem, it is a narrow one, limited to a middle-class minority. CPP expansion, on the other hand, affects every worker and business. It will force those already saving adequately to save even more; or much more likely, will just cause them to shift their savings from, say, their registered retirement savings plans (RRSPs) to the CPP. Given, for example, that your CPP benefits expire when you do, but your children can inherit your savings, this will not be a good trade-off for many. And if the latest research is correct – that high state pension benefits reduce private-sector investment, possibly even dollar for dollar – it will reduce the income and job prospects of every Canadian.

One of the alleged benefits of the CPP is how low the costs of running the plan and its investments are, especially compared with, say, mutual funds. And it's true that the CPP's expense ratio is less than 0.5 per cent.

But management fees aren't the only thing that matters. We also have to look at other costs. One of the biggest is cleaning up the mess left when past politicians used the CPP as a way to deliver benefits to Canadians without worrying where the money would come from. That left deficits that have to be made up. The cost is staggering. CPP premiums are essentially 9.9 per cent of payroll (split between employees and employers). But the benefits paid out equal roughly only 6 per cent of payroll. So while the CPP is actuarially sound, that does not mean it is providing the full value of premiums invested today to workers retiring tomorrow.

That past experience is a warning we ignore at our peril. State savings schemes are not risk-free. Politicians are eternally tempted to use them to pay benefits today whose cost can be pushed off onto future taxpayers or retirees, or both. Just because the current CPP is shielded from such tinkering does not mean future governments cannot change the rules. There is no such thing as risk-free investing, including when the government is your investment agent.

Ottawa's more targeted pooled pensions plan offers middle-class savers and employers a supplement to RRSPs, tax-free savings accounts and other savings vehicles, but provinces are dragging their feet on implementation. The evidence is that Canada's pension system, relying on a combination of low-income supplements, the CPP, and individual savings, is one of the world's strongest – and strikes about the right balance between state support and individual responsibility. 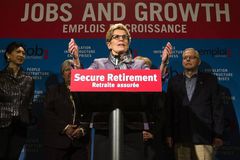 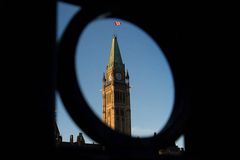