In the mood for some good news out of Europe? You might find it in Latvia – just don't look too deep.

The small country of about two million is one of the few bright spots in the European Union today. It is a relatively unimportant European country, economically speaking, except for one thing: its turnaround since the 2008 financial crisis may be a model for the faltering countries of southern Europe.

In the lead-up to the financial crisis, Latvia joined with the rest of Europe and binged on easy money. It was boom time and the country's GDP climbed 10 per cent over 2006 and 2007.

But beginning in 2008, binge turned to purge. The global economic crisis saw the unemployment rate shoot up beyond 20 per cent and wages fell as the government put harsh austerity measures in place. GDP plummeted 18 per cent in 2009, a fiscal deficit mounted, and reserves left the country.

Today, a mere four years later, Latvia is coming off 5.5 per cent GDP growth in 2011 and expects growth of 3.5 per cent this year. The unemployment rate is still high at 16 per cent, but it is declining. This month, Latvia earned public praise from the International Monetary Fund's (IMF) managing director Christine Lagarde.

Not bad for a little country that could.

Latvia did all this without devaluing its currency, against the advice of many outsiders. Latvia joined the European Union in 2004, and while it is not a part of the euro zone, the lats is pegged to the European currency and leaders chose to keep it that way even in the midst of financial crisis.

"Many, including me, believed that keeping the peg was likely to be a recipe for disaster," IMF economic counsellor Olivier Blanchard wrote in a recent blog post.

But Latvians are headstrong in their commitment to join the euro zone in 2014 and don't want to jeopardize that, so they stuck with the peg.

If you ask Latvians, the simple explanation for their quick turnaround is that they are a stoic, resilient people. That has to be at least partly true, given that at a time when one in five people was jobless, protests were reportedly only as large as a few hundred people in the streets.

But looking deeper, Latvia had a few advantages.

Most notable, the country's public debt was less than 10 per cent of GDP at the time of the meltdown, Mr. Blanchard wrote, quelling foreign investors' fears of a potential default on sovereign debt.

Latvia also has an export-heavy economy. "With exports around 50 per cent of GDP, improvements in competitiveness can have large effects on both imports and exports, and in turn on GDP," Mr. Blanchard wrote.

These facts may make Latvia's experience hard to repeat elsewhere, but in any case, there is debate whether replication would be a good idea.

The social and economic costs of Latvia's recovery will be felt for years, said Mark Weisbrot, the co-director of the Centre for Economic and Policy Research in Washington, D.C.

"Nobody should ever claim success when a country has three times the unemployment rate that it had before the recession, and of course it is even worse than that because 10 per cent of the labour force has left the country," Mr. Weisbrot said.

He believes the recovery would have been less painful and actually faster if the Latvian leadership had devalued the currency, but "the government wanted to stay on track to join the euro, and was willing to pay almost any price for it," Mr. Weisbrot said.

Instead, Latvia chose "internal devaluation" by pushing wages and prices down through job cuts. These low labour costs should have made exports more competitive and improved the country's trade balance, but "instead, Latvia recovered after it stopped tightening the budget and also got some unanticipated inflation," Mr. Weisbrot said. 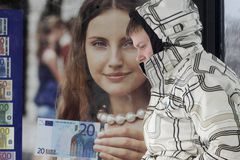