It may be his most important task, and setting Canada's GHG policy course for the next four years will not be an easy one for Environment Minister Peter Kent. By his own admission, meeting Canada's GHG goals will be a daunting challenge and will require stringent regulations on oil and gas, electricity generation, transportation, and other industrial sectors.

Canada has committed to very aggressive GHG emissions targets, given the level of effort which will be required to meet them. We have committed to reducing GHG emissions from current levels of around 730 million tons per year (Mt/yr) to 607 Mt/yr, or 17 per cent below our 2005 levels, by 2020. Economic modeling tells us that to get there we would have to undertake every in-the-money emissions reduction opportunities we have available as well as all opportunities which cost up to $100/ton.

After all the actions taken to date by provincial and federal governments are combined, a 178 Mt/yr gap remains between our emissions trajectory and our 2020 target, according to Environment Canada reports. Mr. Kent needs new regulations which amount to the equivalent of taking every vehicle currently in use in Canada off the road -- permanently.

The challenge is daunting, as Mr. Kent has few places left to look for those reductions. Regulations already announced for the coal-fired power sector target only new facilities and facilities undergoing significant end-of-life renovations, so emissions reductions will occur slowly. New vehicle performance standards, announced in 2010, don't improve the performance of vehicles already on the road, so the efficiency of the fleet improves only slowly over time. Retrofit programs do reduce emissions from the existing building stock, but the one-year extension to the ecoEnergy Retrofit program will only reduce emissions by, perhaps, 1Mt/yr. It's safe to assume that carbon taxes, which would incent further reductions from owners of existing buildings, cars, and industrial facilities, are off the table. The remaining opportunities are few, far between, and expensive.

Meeting our GHG targets is not just an oil sands problem, but regulations will be required in the oil and gas sector and need to be announced soon. Oil and gas accounted for 153 Mt of GHG emissions in 2008, with about 20 per cent of this total due to oil sands. Oil sands growth is expected to add another 20-25 Mt/yr by 2020 due to additional natural gas combustion and 40-50Mt overall, by 2020. This was accounted for in the Environment Canada analysis. The longer it takes for regulations to be announced, the more projects will be built without implementing the required GHG controls, and the more expensive meeting our targets will become.

There are no easy solutions to meeting our targets. High global oil prices alone are not likely to reduce emissions in Canada. High gas prices may initially reduce consumption emissions, but the induced growth in oil production, particularly from oil sands, and the implied increase in the average wealth and purchasing power of Canadians will generally increase emissions.

Emerging technologies will help, but will not carry the day without significant financial support or updated regulations. Carbon capture and storage, according to ICO2N, costs between $70 and $250 per ton abated. New energy production facilities like the Lower Churchill River hydro project or the renewable energy such as that being deployed under Ontario's Green Energy Plan can displace some emissions from existing facilities but, even when all costs are considered, the cost of new renewable generation remains higher than existing -- and even some new -- fossil fuel generation.

With these challenges in mind, Mr. Kent's decisions will determine whether or not we are in a position to meet our Copenhagen commitments, and determine either the costs we incur to meet our targets or the costs we incur as a result of not meeting them. Meeting them will require the most aggressive GHG reduction efforts undertaken by any economy in the world, and the challenge gets tougher with every day we do not act. Not meeting them may limit access to markets for our exported products and access to capital for our investment projects. Inaction could also provide other nations with justification for the imposition of low carbon fuel standards or border adjustment tariffs on our products.

If we are not going to meet our targets because we are not prepared to impose the regulations which would be required, then we need a significant shift in our strategy internationally. We should recognize that the gold standard for global effort on GHGs, the EU, has imposed a carbon price on their economy which only amounts to about $20/ton today. Canada would be much better served by committing to match our effort to theirs, rather than committing to do more and delivering less.

With a majority government in hand, Prime Minister Stephen Harper and Mr. Kent can and should set a clear path forward for Canada on GHG emissions. Whatever choices they make, they will not be easy ones.

There's a dirty secret in Tory greenhouse gas plan
May 3, 2018 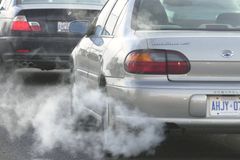 Higher gasoline prices are good for Canada. Really
April 30, 2018
Oil-proof Canada’s transit systems with electricity
April 29, 2018
Follow Andrew Leach on Twitter @andrew_leach
Report an error Editorial code of conduct
Due to technical reasons, we have temporarily removed commenting from our articles. We hope to have this fixed soon. Thank you for your patience. If you are looking to give feedback on our new site, please send it along to feedback@globeandmail.com. If you want to write a letter to the editor, please forward to letters@globeandmail.com.
Comments