They call it the "fiscal cliff."

On the first day of 2013, the Bush-era tax cuts revert back to previous levels, and the more than $1-trillion (U.S.) in arbitrary budget cuts that Congress approved last year are scheduled to begin.

It would be a self-inflicted wound of historic proportions. The International Monetary Fund is so worried that U.S. lawmakers will drive over the cliff that it ranks the possibility as a threat equal to that posed by the European Debt crisis. The Bank of Canada also is talking about it, as there would be no escape from the economic damage that would occur from such a massive stroke of budget consolidation.

Think of it this way. If the U.S. stays on its current path -- tax rates remains at current levels, etc. -- debt held by the public will swell to 90 per cent of gross domestic product by 2020, according to the Congressional Budget Office. Not good. But if President Barack Obama's extension of the Bush tax cuts is allowed to expire at the end of the year and the agreed budget measures go through as planned, the deficit will shrink to 65 per cent of GDP over the same period, according to CBO. In this era of debt, that's an attractive number.

But with the private sector barely able to keep the U.S. economy growing faster than 2 per cent, that level of fiscal consolidation is more than the economy can handle, according to the IMF. It would "severely undermine the recovery and economic growth," the fund said last week in its latest economic outlook.

For Mr. Bernanke, watching Congress make fiscal policy must be a bit like watching Thelma and Louise. Republicans and Democrats, too, appear to have an on-the-brink decision to simply run their car off the cliff. For the politicians, the cliff is the November election. No one in Washington even pretends any more that anything significant will be decided before then.

The question becomes whether anything significant will be decided after, either. The IMF warns that as the end of the year nears, interest rates could rise as investors worry that yet again the U.S. political system will prove incapable to rising to the challenge.

Mr. Bernanke is doing what he can to construct a safety net. All those Republican lawmakers who grumble about the Fed's "inflationary" monetary policy need only walk into the Senate and House chambers to see where a substantial amount of the blame lies. With so little help from the fiscal authorities, the Fed has had little choice over the last couple of years but to go big to compensate. Certainly one reason that Fed policy is so loose is to counteract the worries in financial markets over U.S. fiscal policy.

Are these worries exaggerated? Gregory Meeks, a Democratic congressman from New York, would say they are. Speaking on panel in Washington last week, he said politicians are aware the cliff is out there and are talking quietly among themselves about what to do about it.

Nothing will happen during campaign season, but he tried to assure the audience that Congress would avert disaster. "We always wait until we get close to the wire," he said. "We'll get it done."

Until they do, there is little reason to expect the Fed to change it's course. Indeed, analysts are almost uniform in their view that the Fed's policy committee will change little at the end of a two-day meeting today. The economy appears to be growing a little faster, but for now, politicians are headed straight for the fiscal cliff. Despite Mr. Meeks's assurances, no one in financial markets will believe any U.S. budget promise until it is done. 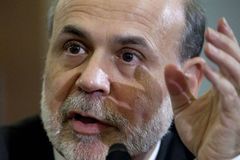 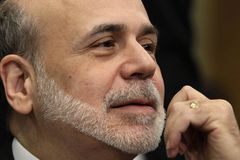