Let's put aside, just for a minute, the idea that there is a housing bubble in Canada.

It there is a housing bubble, then we know it will burst at some point, and that the fallout will be singularly unpleasant. After all, we watched the bursting of the bubble in the U.S. take place in real time, just as if it was being broadcast on some kind of gigantic, high-definition television screen. We know how that story ends.

What about the other story though – the one where the rise in Canadian housing prices makes perfect sense, and what's more has longer to run? What exactly is going to be the fall out if home prices just keep rising and rising? To understand that case, the economy to look at may be Australia rather than the United States.

Australia, a country whose economy is often compared to Canada's, has been in the midst of a commodity-driven boom. That is something that is not without its dark side. On the plus side, lots of wealth gets created and jobs are plentiful. On the negative side, home prices get driven up to stratospheric levels. Actually, that's not a negative at all if you are a homeowner, but it is a nightmare if you are thinking of buying.

As of the third quarter of 2011, the average house in Australia cost 6.7 times the country's gross annual median household income. In contrast, a home in Canada cost just 4.5 times the median. The U.S. was a bargain at 3.1 times (all data are from a study by U.S. consulting company Demographia). Individual markets in Australia vary of course, just as they do in Canada, but the big picture is that new homeownership, particularly close to the larger cities, is getting pretty elusive to those who are in anything but the highest income brackets.

As Australian housing prices have climbed, new buyers are increasingly choosing more modestly priced condominiums over single-family homes, and developers are obliging by increasing the stock. For the three months ended September, 2012, 35 per cent of new housing construction in Australia was in multiple units, up from 29 per cent five years early and 21 per cent two decades ago. It is sort of a New York or London-type shift. In those cities, no one but the very wealthy can reasonably expect to buy single-family homes in or near the city core, so development is concentrated in multiples.

So how close is Canada to seeing city development zoom as a result of high housing prices? Well, for sure there is room for more people in our cities, at least by international standards. According to the 2011 census , Toronto had 945 people per square kilometre, Calgary 238, and Vancouver 803. Sydney, Australia, had 991 people per square kilometre, which is also pretty modest compared to 10,425 in New York and 5,199 in London.

Canada's cities have of course already seen a condominium boom, one so pronounced that policy makers have expressed concern. Bank of Canada Governor Mark Carney has specifically mentioned Toronto's condominium market, citing the fact that speculators have bid up prices too much and that supply may be increasing too quickly. That may be true, although the Australian case would argue against it. In Toronto, much of the building seems to have been in smaller units, and it could be that there has been some overbuilding in units catering to singles or small family units (although demographics would argue for long term demand for smaller units). In the Australian case, however, the new building seems to also include townhouses, which presumably cater to larger households.

It comes down to this: If housing prices keep rising, then new buyers are going to have to make increasingly difficult calls. One decision might be to commute for longer to get to the city centre, a decision that has already spurred the rise of further out suburbs. After all, Milton, Ont. (located about 40 km from Toronto's city centre) was the fastest growing city in Canada between 2006 and 2011. The other choice is to embrace the idea of less space and stay in the city. If more buyers go with the latter choice, the downtown building boom may have only just begun.

Linda Nazareth is the principal of Relentless Economics and senior fellow for economics and population change at the Macdonald Laurier Institute. Visit her atrelentlesseconomics.com 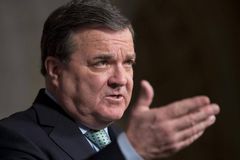 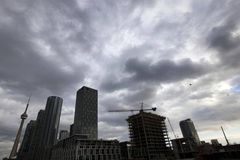 Sliver of hope that Canada’s slump is temporary
January 14, 2013 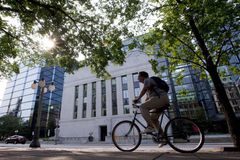 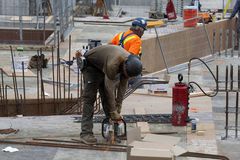 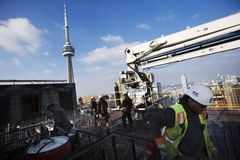