It has been said that the reason people visit Paris isn't because it's easy to park downtown. They go because of the culture, the food, the history and the public spaces. Strip all that away and Paris goes from la belle ville to dullsville.

Perhaps Canada's cities can't compete with the history and architecture of Paris, London or New York, but they can compete with better attention to public space.

The economic arguments are overwhelming: Create a city that is attractive, interesting and engaging and most everything else falls into place. Chicago's Millennium Park is a great example. Despite its $475-million (U.S.) price tag and political wrangling at the time of its construction, the park is arguably one of the city's greatest assets.

The problem with public spaces – as is the problem with a lot of things – is how to pay for them. Municipalities across the country are strapped for cash, taxpayers are loath to cough up any more dough, and provincial and federal governments have their own deficits to battle.

Fortunately, with some creative thinking, there are ways to foster public spaces that wouldn't cost cities a dime – at least not out of current budgets. Some of them may result in forgone future tax revenue, but when you consider what could be gained through better public space, this lost revenue will be more than offset by more tourism and business opportunities.

One simple and creative way is through rezoning. For example, Edmonton has a terrific downtown core. Churchill Square is a massive public plaza suitable for street performers, art festivals and public gatherings. It's bordered on the north by city hall and the striking new Art Gallery of Alberta, on the south by the public library, and on the east by music and theatre venues. It has all of the elements of a vibrant, bustling downtown – except for people. Unless there happens to be one of Edmonton's major festivals going on, the space is practically empty.

The trick is to bring more people into the core by luring them with what we all love to do: eat and drink. The adjacent Rice Howard Way is a lovely, tree-lined side street with restaurants and cafés – but it's lined with cars too.

Because bylaws require a certain amount of sidewalk space, most restaurants are prohibited from setting up sidewalk patios. You don't actually see any people until you are inside one of the restaurants.

The solution: Close the entire two blocks to traffic, rezone the area for outdoor seating and encourage a destination café neighbourhood, similar to Montreal's Rue Prince-Arthur.

Some creative awnings and space heaters could squeeze a few more months out of Edmonton's relatively short summer, but it's possible to turn the space into an attractive, upscale and bustling eating district.

Alberta's other major city, Calgary, had its own challenges this summer with the Bow and Elbow River floods. Going forward, developing residential districts along southern Alberta's rivers will not only be more difficult, but it will also be more dangerous.

But here too are some opportunities for the city to create more public space by rezoning flood plains for parks and recreation. While many of Calgary's homes and neighbourhoods were devastated by the flood, public space helped to prevent far worse devastation. Some of the parks and bike paths along the Bow River acted as a berm that kept the waters out of some residential areas.

Great public spaces transform an ordinary city into a destination. They are what draw people to visit, do business and live in them.

Think of Vancouver's Stanley Park and Coal Harbour, Winnipeg's The Forks, and Ottawa's Byward Market. The mix of residential, commercial and public spaces in all of these contributes to making them vibrant, livable cities.

But public space can no longer be regarded as costly luxuries eating up tax dollars. They are investments in the economy of a city – and fortunately, they don't need to cost that much money. With creative rezoning and re-designating municipal lands, cities can foster business opportunities that will happen organically. All it takes is brave politicians and bureaucrats willing to rethink zoning bylaws. 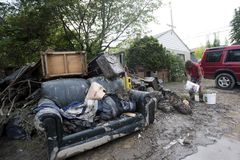 With its entrepreneurial spirit, Alberta is no one-trick hydrocarbon pony
June 19, 2013 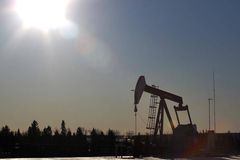 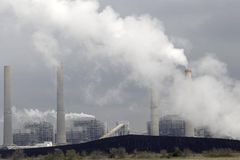