Forget what you thought you knew about the Canadian economy.

The main drivers of growth since the recession are quickly stalling out, including consumers, housing, government spending and exports.

Gross domestic product data due out Friday are expected to show that the economy slowed to a crawl as the year ended. Many economists say GDP likely grew at an annual pace of less than 1 per cent in the fourth quarter, which would be a second consecutive quarter of growth under 1 per cent.

More important is what this suggests for the economy. Get used to much slower growth in Canada, at least in the short term. The commodities boom is fading, consumers are tapped out and governments are tightening their belts.

"Canada's economy could come close to a standstill this year," warned economist David Madani of Capital Economics in Toronto.

Economists say GDP likely shrank by as much 0.3 per cent in December. The final nail in the coffin was an unexpectedly sharp 2.1-per-cent drop in retail sales in December, the biggest monthly decline since April, 2010.

Canada isn't alone. The Organization for Economic Co-operation and Development reported Friday that the combined GDP of its 34-member countries fell by an estimated 0.6 per cent in the final three months of the year.

A fundamental shift is going on as the long commodities boom cools. It will likely mean slower employment growth, a weaker Canadian dollar and a relative shift in economic momentum from Western Canada to Quebec and Ontario.

Canada and the U.S. are also swapping roles. After outperforming the U.S. for most of the past five years, Canada is now growing slower. The U.S. has jumped out front, powered by a rebounding housing industry, a manufacturing revival and rising exports.

"We have to get used to an economy growing at 2 per cent a year, rather than 3 per cent," warned independent economist Arthur Donner. "There will be huge strains on government budgets and on the jobs picture."

The Bank of Canada still expects growth to reach 2 per cent this year, up slightly from an estimated 1.9 per cent in 2012.

But most private-sector economists say GDP is moving in the opposite direction – slower this year than last. "I'm quite pessimistic on the five-year outlook for Canada," Mr. Donner said.

National Bank of Canada senior economist Krishen Rangasamy, for example, expects the economy to grow just 1.5 per cent in 2013.

Several months of healthy job gains in Canada created the mistaken impression that the economy was doing well. But it wasn't sustainable, Mr. Rangasamy said.

"Based on recent jobs gain, you would think the Canadian economy was booming," he said. "But you can't be creating that many jobs when the economy is weak."

Weak job growth won't be the only thing holding back the economy this year. Mr. Rangasamy said housing, exports and government spending will all act as a drag on growth.

"We know that governments are going to cut," he said. "So far you haven't seen the hit from the fiscal drag. You are going to see it big time in 2013."

It isn't only that governments are cutting spending. In its budget last week, British Columbia introduced higher corporate and personal taxes.

The silver lining for Canada is that the U.S. manufacturing and housing sectors are turning around. And both are leading indicators of economic growth for Canada. 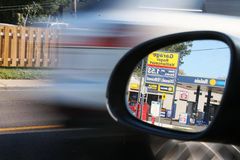 If this China prediction holds, watch out for mining stocks
Subscriber content
February 22, 2013 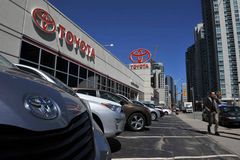