A recent commentary by Al Sakalauskas of the B.C. Egg Marketing Board claims that economists misunderstand supply management and fail to grasp the reality of "eggo-nomics." The article makes a number of surprising claims on pricing and industry competition. There were eight points in the editorial that I found particularly surprising or puzzling:

1. Unlike the Dairy Farmers of Canada, the B.C. Egg Marketing Board is willing to concede that egg prices are significantly higher in Canada than in the United States. Its figures have the retail price of a dozen eggs in the United States selling for $1.69 but the same dozen eggs selling in Canada for $2.97 – a 76 per cent premium. The editorial does not indicate which currency these figures are in, put given that the U.S.-Canadian exchange rate is roughly at parity, this is not important.

2. Even more surprising, the price that Canadian farmers receive ($1.94 per dozen) is 25 cents higher than the retail price that consumers pay in the United States. In the absence of tariffs, you could profitably "farm" by buying eggs retail in a store in Detroit and selling them wholesale to a processor in Windsor, Ont. I can think of few other instances where you could, in theory, buy at retail prices, sell at wholesale prices, and not lose money.

3. The article makes the statement: "This indicates that the Canadian retailer takes a smaller retail gross margin. Why do American food retailers take a larger margin on the egg category? They do because they can."

This is wrong in several ways. The most obvious is that the editorial never presents the data on retail mark-ups. The difference could be at difference points in the supply chain such as processing, which the editorial mentions earlier.

5. If retailers can charge higher margins "because they can," why don't U.S. retailers charge the Canadian price instead?

6. The piece makes similar claims about retail pricing power in other areas, such as "the belief that retailers would magically pass on savings to consumers in the absence of supply management is highly unlikely" and "the dynamics of the food system will ensure nothing changes." In that case, why doesn't a Canadian retailer charge, say, $3.97 a dozen instead and make more money?

7. This statement is fundamentally flawed:

"The first fact, and it's one used in all basic economics text books, is that staple agricultural commodities are basically inelastic in demand. This means that a percentage drop in the price of a commodity such as table eggs does not translate into an equal percentage increase in demand by the consumer and vice-versa.

"With eggs having one of the highest household penetrations of all basic food staples at about 96 per cent, increasing or decreasing egg prices does not have a significant effect on consumer purchasing behaviour."

If Sobey's lowers the price of its eggs, sales of eggs may go up because it draws customers from competing stores regardless whether demand for the product class overall is inelastic. This is a point learned by all economics students in second-year microeconomics and is the basis of the field of study known as industrial organization.

8. The statement was not only false, it was also incoherent. We were never told what was causing the price to fall in the first place. Was it a reduction in demand or an increase in supply? A reduction in demand naturally would not cause an increase in sales. An increase in supply is not the answer either, as it does not alter demand (the relationship between price and quantity), but rather alters the amount consumed (known in economics as the "quantity demanded"). This is one of the first things taught in those "basic economics text books" described above.

Given the claims made by the B.C. Egg Marketing Board, I do not believe it is economists and opponents of supply management who are failing to grasp reality.

Mike Moffatt is an Assistant Professor in the Business, Economics and Public Policy (BEPP) group at the Richard Ivey School of Business – Western University 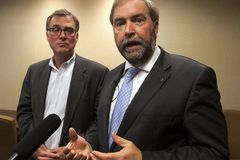 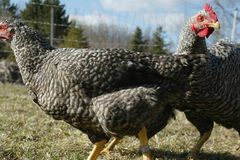 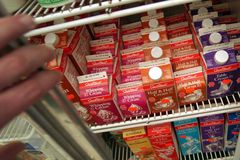