Looking at the world economy from the Middle East, one can see economic power shifting from west to east. This is not the first time in history that we see a shift in global economic power, but we have to go back centuries to find something similar.

Five hundred years ago, Asia dominated the world. China and India together represented about 50 per cent of world gross domestic product. Western Europe and North America accounted for only 20 per cent. But the industrial revolution changed the balance of power.

By 1950, Western Europe and North America accounted for 50 per cent of the world's production. China and India combined had fallen to as low as 8 per cent, and Japan was about to take over their role of the Asian economic power. By 1980, the world was dominated by the advanced economies.

But then a transformation started. Population growth had declined in rich economies but remained large in emerging markets. China and India saw their GDP per capita levels grow at very high rates, pushing them closer and closer to the advanced economies. Today, China is the second-largest economy in the world and together with India they already account for 20 per cent of the world's GDP.

In a few decades – and if recent trends continue – they will regain the status they had back in the year 1500 and account for half of the world's production. And they will do so at the expense of the economic powers that have dominated the world since the industrial revolution: Europe, the United States and Japan.

Danny Quah, a professor at the London School of Economics, has calculated the economic centre of gravity of the world by using GDP as a measure of the mass or weight of a country and thinking of a world map as a physical object.

But four decades from now, it will be on the border of India and China. From the perspective of countries in the Middle East, it is natural to shift focus from declining advanced economies toward Asia. But how sure are we that this trend will continue over the coming decades? What are the risks?

As much as this recent trend is solid – and there are many reasons to believe that it will continue in the decades ahead – there are also reasons to be cautious.

This is not the first time in history that we see emerging markets doing well for a good number of years before a serious crisis stops their development.

Is this time really different, or will their growth suddenly stop as a result of an economic crisis?

More importantly, the growth model that takes an economy from low income to middle-income status is different from the one that is required to take it to the next level.

In our research, we studied the transformation of economies through different growth phases and concluded that early growth comes from basic economic reforms, as in China after Deng Xiaoping. But to go beyond that, to reach levels of development of the richest economies, a major institutional change is required.

This change involves a substantial transformation of the political and societal institutions of these countries. This second step is harder, and we have seen economies in the past stagnating when they reach this level.

A good example is the former Soviet Union, which managed to perform well until it reached a level of development that required that second step of institutional change.

At that point, the economy stagnated, and was followed by a collapse of its institutions and even the country as a political entity.

Will China and India be able to engineer a smooth transition toward a different set of institutions?

Time will tell, but if history is an indicator of what to expect, one should at a minimum be cautious and keep an eye on the institutional changes that these countries and their political leadership deliver.

Antonio Fatas and Ilian Mihov are professors of economics at Insead in Paris. 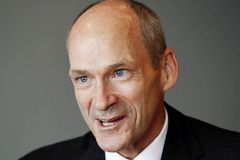 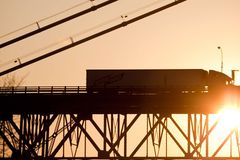 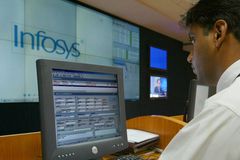