The next leg of the U.S. recovery will be run by the housing market.

Just as factory production sputters, the industry that was at the heart of the 2008-2009 recession now appears strong enough to keep the United States from slipping back into another downturn.

Americans bought previously owned homes at an annual rate of 4.82 million in August, a 7.8-per-cent surge from the previous month and the fastest pace in more than two years, the Washington-based National Association of Realtors said Wednesday.

The median price was $187,400 (U.S.), an increase of almost 10 per cent from a year earlier that could bolster consumer confidence by making households feel richer. "Distressed" sales, which typically occur at a discount, accounted for 22 per cent of total purchases, compared with 31 per cent in August, 2011, signalling that the rate of foreclosures is easing and the market is becoming more stable.

A separate report Wednesday showed that builders started work on new homes at an annual rate of 750,000 in August, better than the previous month and 29-per-cent faster than a year ago. Fresh data on Tuesday put homebuilder confidence at a six-year high.

The steady stream of positive indicators left analysts confidently predicting that the housing market finally has turned a corner after years in the doldrums. Rock-bottom lending rates are fuelling the recovery, and there's little reason to expect that to change after the U.S. Federal Reserve Board last week made an open-ended pledge to buy mortgage-backed securities to ensure rates stay low.

"The housing recovery will be a significant driver of growth in 2013," Chris Jones, an economist at Toronto-Dominion Bank, predicted in a note to clients.

When economies rebound from recession, they typically are propelled by the building and buying of homes. That hasn't happened this time so far, which explains why the recovery from a downturn that ended in June, 2009, has been so halting. But the latest numbers suggest that 2012 could be the first year since the collapse that housing actually contributes to gross domestic product, rather than contracts.

The housing market is showing a pulse just as the manufacturing industry is failing.

As construction spending deteriorated after the recession ended three years ago, U.S. factories jumped back to life, taking advantage of robust stimulus spending in emerging markets, especially China. For the first time in memory, exports were contributing to GDP, and factories were adding jobs. But that story is fading as much of Europe struggles with recession and China's economic growth slows to an annual rate closer to 8 per cent after years of double-digit growth. Earlier this week, a report showed that manufacturing in New York State has declined markedly, as the Empire State factory index dropped to -10.4 in September from -5.9 in August. The index was 17 as early as May.

To be sure, housing promises to be a driver of tepid growth, not a robust expansion. The Fed last week cut its economic outlook for 2012 to between 1.7 per cent and 2 per cent, and said GDP would expand between 2.5 per cent and 3 per cent next year.

Those are modest rates of growth by historical standards. One of the reasons the recovery is so slow is that housing still has a long way to go before the damage from the market's epic collapse is fully repaired. Housing starts at an annual rate of 750,000 look meagre against the 1.5 million pace that is the average from 1959 to present, according to Deutsche Bank. With the unemployment rate stuck above 8 per cent, Tom Porcelli, the chief U.S. economist at RBC Dominion Securities, says it's impossible for the housing market to gain serious momentum.

"Who is running out to buy a house when the economy is creating only 100,000 jobs a month?" Mr. Porcelli said in an interview. "Housing has carved out a bottom, that's a massive positive," he added. "But is momentum gathering? I don't see it."

Mark Hanna, president of Leeza Distribution Inc., a Montreal-based seller of high-end countertops, is thinking about expanding his U.S. operations to include the Pacific Northwest. For now, Leeza's U.S. business is focused on the northeast, where it's adding a significant number of new accounts for the first time since 2008. Mr. Leeza estimates 38 per cent of his revenue will come from U.S. sales this year, compared with about 30 per cent in recent years.

"The U.S. is the fastest-growing segment of the business," said Mr. Hanna, who generates the remainder of his sales in Canada. "We're going after new business in the U.S. because it's out there," he added. "There is definitely more optimism when we talk to our customers." 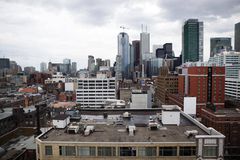 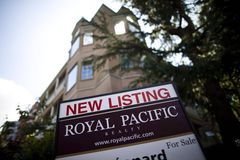 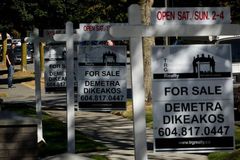 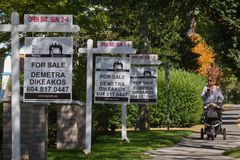