David Cameron, the British premier may have got a shock in Seoul on Wednesday when he saw TV pictures of rioting students trashing the Tory party headquarters in London. but his reaction was probably more surprise than fright.

The students were protesting against the threat of a swingeing round of tuition fee increases, rising to as much as £9,000 per year. But this is the first violence in Britain in response to the threat of austerity - a few broken windows in Westminster - not bad when compared with running battles between police and demonstrators in Paris and Athens.

Greater damage was suffered in Parliament on Wednesday when a hapless Nick Clegg, Cameron's deputy, was left behind in London to be roasted on hot coals about tuition fees by Harriet Harman, Labour's deputy leader. She reminded the Liberal Democrat that prior to joining Mr Cameron's coalition government, he had vigorously opposed university fee increases. Rounding on the youthful Mr Clegg, she said: "We all know what it's like, you're at Fresher's Week, you meet up with a dodgy bloke and you do things that you regret."

The point is that even without riots, the Liberal-Conservative government is going to find it very hard to deliver the cuts needed to reduce Britain's towering debt mountain. The government wants to slash £18-billion from the Welfare bill and on Thursday, Iain Duncan Smith, the Work and Pensions Secretary upped the ante with a new threat: anyone who repeatedly refuses to take up a work placement will have their right to benefits removed for three years.

There is no shortage of things that could, in theory be cut. The Daily Telegraph on Thursday highlighted Britain's dependency culture by listing a few official statistics: 7.2 million people live in households entirely reliant on state benefits and 1.4 million people have never done a day's paid work.

One important statistic is £1.5-billion, the sum that the government hopes to save by pursuing welfare scroungers with more fraud detection. It's an exciting target but one which will be very hard to achieve, as the Greek government revealed on Wednesday when it published tax revenue collection figures which showed that it is failing to generate enough revenue to reach its targeted deficit reduction.

You may recall the extraordinary stories published earlier in the year about rampant tax evasion in Greece, where fewer than 5,000 people were declaring incomes of more than €100,000. You might think, therefore, a crackdown on the bribery of tax inspectors might lead to a huge fiscal haul for the Greek treasury. It hasn't happened. Greek government revenues in the 10 months of this year were €41-billion, only 3 per cent more than during the same period last year. The EU and IMF say that Greece needs to achieve 14 per cent growth in revenue this year to achieve the targeted deficit reduction. That leaves Greece with the task of raising €14-billion in November and December, an almost impossible task.

Britain's budget controls are certainly better than those in Greece but that doesn't mean that Mr. Duncan Smith can simply order spending cuts and expect the outflow of cash to dwindle. Still, it looks good and that it was what the bond markets like and it explains why Britain's triple-A rating has been reinforced after a few months of trembling. Politics and markets are about perceptions more than realities. 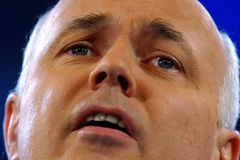 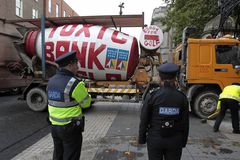