However you look at it, measuring income and inequality is important if you want to take the pulse of any economy. That's why I am loving the new database out from the Organization for Economic Co-operation and Development (OECD), which makes accessible dozens of indicators on the topic from dozens of countries.

Income inequality is one of those topics that are frequently only raised by those on the left side of the political spectrum and that cause everyone else's eyes to glaze over just a bit. To a large extent, at least in North America, many of us put our energies toward getting to the higher income groups rather than to worrying about what the split is between rich and poor. And, to a degree, we believe that if we put in place the correct measures to grow the economy, a rising tide will lift all boats. That's all fine as it goes – except what if rising income inequality actually causes an economy to slow down?

The idea of a correlation between income inequality and growth has been kicked around for years, but has increasingly come into the spotlight since the Great Recession. What we know for sure is that in the United States, and other countries too, the gap between rich and poor widened during the first decade of this century at a rate not seen since the 1920s. In the 1920s, the divergence ended with a spectacular crash on Wall Street. The circumstances of it were a bit different, but the same thing happened in 2008, too.

No one can be exactly sure whether it is coincidence or correlation that linked income inequality to the crisis, but there are some plausible reasons to think the latter. For one thing, lots of money concentrated at the top means power concentrates there, too, and that policies (such as lax financial regulation) favour the power-endowed group. Inadequate regulation on Wall Street is a plausible reason for the events of 2008 and their aftermath. Less money at the bottom may mean undisciplined risk-taking at lower income levels (such as taking on ill-advised mortgages) that ultimately backfire. We saw that, too. When things get too out of sync income-wise, it seems safe to say that the economy adjusts – and generally not for the better.

So what do the OECD data on the income inequality say about Canada's vulnerability to a jolt to the economy? I picked three measures to assess Canadian income inequality, and all told a fairly consistent story.

The first is the Gini Coefficient, which is basically a measure of the dispersion of incomes in a country (a Gini of "0" would mean there was perfect equality; a Gini of "1" would mean one person had all the money). The Gini Coefficient for Canada was .310 as of 2010 (the last year for which data are available), compared with .318 in 2000 and .287 in 1990 – so the trend is a bit unsettling on that one. (The Gini Coefficient, by the way, in this case is measured net of taxes and after transfers.)

Both measures show the same story of income disparity. The P90/P10 Ratio was 4.1 as of 2010, compared with 4.0 in 2000 and 3.8 in 1990, meaning that those in the 90th percentile basically have four times as much to spend as those in the 10th. That sounds pretty modest, however, when you look at the S90/S10 (average earnings for the whole percentile). As of 2010, the ratio was a startling 8.9, compared with 7.3 in 1990, albeit down from a peak of 9.3 in 2000. The relatively high level is likely because earnings at the very top couple of percentiles have been growing so sharply compared with everybody else's.

As for the U.S., let's hope that the theory on growth and inequality is wrong altogether. If it is not, the relatively high imbalances suggest a problem that has not been solved – and which may lead to further crises in future. 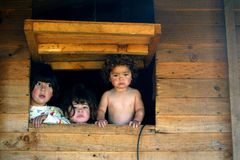 Is GDP the right way to measure progress? One economist says no
March 22, 2013 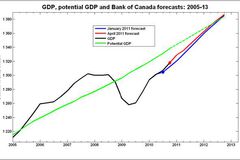 For a more equal society, empower the children
March 7, 2013 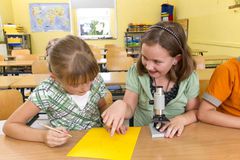