The global economy has a bunch of strikes against it these days. Pick your poison: From a rapidly aging population in the developed world, through to the need to pay the bills for government spending during the recession, there are a lot of things that might compromise growth in the years ahead. If a country such as Canada wants to thrive, it will have be through developing an educated work force, and in particular one with skills in science and math.

You know what? Apparently, we are doing just that.

Actually we have known for a while that Canadian schools rank highly – although up until now we have not had a good explanation as to why. The tally on student performance comes from a standardized test called the Program for International Student Assessment (PISA), which was given to 15-year-old students in more than 70 countries in 2009. Canadian students – who were tested in reading, math and science – scored a decisive third overall, just behind South Korea and Finland. The United States was 14th.

The "why" of the rankings is explored in a new book called The Smartest Kids in the World: And How They Got That Way by U.S. journalist Amanda Ripley. Ms. Ripley, alarmed at the fact that the United States had not only scored poorly but had done so since the test scores were first compiled in 2000, set out to look at what other countries were doing right and the U.S. was doing wrong. Although she did not specifically look at the Canadian system, her analysis of how students were taught in South Korea, Finland and Poland is instructive in understanding what Canadian schools can improve.

Ms. Ripley comes to a clutch of what in a way seem like random conclusions. Trailing an American exchange student in each of those three countries, she notes that the local students take learning as a much more serious job than Americans do. (Kim, a student from Oklahoma, is blown away by the fact that in Finland, even the stoner kids write their essays and study for their tests.) She finds classrooms without iPads, but filled with teachers who go out of their way to make students think creatively and work hard to show how math concepts apply to real life.

It is the teachers, Ms. Ripley believes, who are the key to the good results. In the case of the countries she monitors, teachers are held in high regard, and getting into a teachers' college is difficult and prestigious.

There is some evidence that Canada also holds teachers in high regard, at least as measured by teacher salaries. According to data from the Organization for Economic Co-operation and Development (OECD), in 2011 a Canadian teacher with 15 years of experience earned about $56,000 (U.S.), compared with an average range of $36,000 to $41,000 (depending on level taught) in the OECD. The OECD data also show that for every dollar spent on education in Canada, 62.5 cents go to teacher salaries, just above an average of 62 cents in the OECD. In contrast, the figure in the U.S. is 54.8 cents.

There are some parallels between the U.S. system and the Canadian one that suggest that some of Ms. Ripley's conclusions about what works and what doesn't might be suspect. For example, she points out that in the successful countries she looked at, parents co-ordinate the kids' studying at home, but rarely venture into the schools to help out in the classroom or bring cupcakes for the teacher lunch – practices common among involved parents in North America. Parental involvement in schools appears to result in lower test scores, not higher ones. (Call me bitter: I've done both those things and others, with some vague idea that being involved in the school would help my kid's educational achievements.)

Ms. Ripley surveyed 202 foreign-exchange students and found that nine out of 10 of international students visiting the United States said classes were easier than in their home countries; seven out of 10 Americans studying abroad agreed that U.S. schools were easier. At the very least, it is clear that Canadians are forced to spend time at least trying to learn math and science. According to the OECD data, Canadian 15-year-olds spend, on average, 12 per cent of their day learning math and another 11 per cent learning science – figures just ahead of 11 and 10 per cent, respectively, across the surveyed countries.

Still, as much as Canada seems to be getting some things right and might just possibly have an advantage in developing our future work force, it might be best to not get too smug: An updated version of the PISA results (based on 2012 testing) will be released in December. 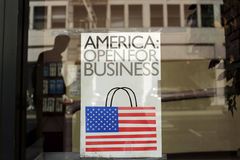 How long-term unemployment is affecting the job search
August 9, 2013 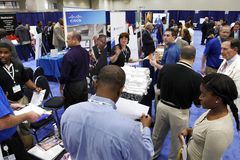 With these kinds of lottery winnings, who needs a wedding ring?
August 2, 2013 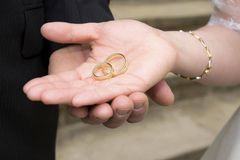