Now the International Monetary Fund appears poised for the first time to include the Canadian dollar in an elite group of global reserve currencies.

The IMF quietly endorsed a staff report this month that recommends that both the Canadian and Australian dollars "be considered for inclusion" in the short list of currencies that it tracks in a quarterly report on central bank reserves.

The Washington-based global lender currently tallies the U.S. dollar, euro, Japanese yen, British pound and the Swiss franc. The change could come as early as next year, enabling outsiders to see for the first time which central banks own Canadian dollars and how much they hold.

"It's a reflection of reality," Bank of Montreal economist Benjamin Reitzes explained. "Central banks around the world have recognized that Canada is a place they want to hold some assets. They are already here."

Foreign central banks are believed to hold as much as $60-billion (U.S.) worth of Canadian dollars – a tiny share of the $10.4-trillion global central bank reserves, but important to Canada.

"From their perspective, we're not that big a part of their portfolios," Mr. Reitzes said. "But in our small market, it does make a difference."

Canadian dollars are commonly held by central banks in non-Group of Seven countries, including Russia, Switzerland and across Asia and Latin America, according to Mark Chandler, head of fixed-income and currency research at RBC Dominion Securities Inc.

The Swiss National Bank, for example, says the Canadian currency now accounts for 4 per cent of its foreign exchange reserves.

Mr. Chandler pointed out that 60 per cent of central bank reserves are in U.S. dollars, 25 per cent in euros, and the remaining 15 per cent scattered among several currencies, of which the loonie is now a significant player.

The popularity of the Canadian dollar took off after the 2008 financial crisis, when Canada stood out because of its stable economy, sound banks and relatively manageable government debt, Mr. Chandler said. "The IMF is just catching up to the events we've seen over the past four to five years," he said.

Now investors get the added benefit of higher short-term interest rates in Canada and the prospect that they may head higher sooner than south of the border. The downside – for exporters, at least – is that it pushes up the value of the loonie.

Foreign cash was flowing into Canada at a rate of roughly $100-billion every 12 months in the first couple of years after the financial crisis. Foreigners now hold a quarter of Government of Canada bonds.

A recent IMF survey showed that 95 per cent of reserves are still held in the five key currencies, the U.S. dollar, euro, yen, sterling and Swiss franc.

There are 10 "other" currencies tracked by the IMF. Over the past decade, the share of reserves held in U.S. dollars, yen and Swiss francs has declined, while the share held in euros and other countries has risen sharply. Among those "other" currencies, only the Canadian and Australian dollars had more than two countries report holdings of their currency, according to the IMF.

The bank said that any currency that it adds to its report on currency composition of official foreign exchange reserves, known as COFER, "should meet the definition of a convertible currency that is freely usable for settlements of international transactions."

The IMF plans to overhaul the COFER report in early 2013. The recommendation was made in August, and released late last week in an information notice. The IMF plans to review COFER again in 2015.

What ultra-low interest rates are telling us
November 19, 2012 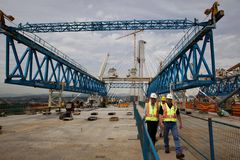 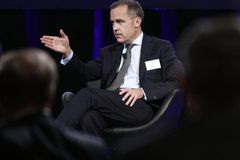