Mark Carney's greatest innovation as a central banker was achieved at the cost of merely a few carefully chosen words.

His "conditional commitment" on interest rates – essentially, a central bank pledging to hold interest rates steady as long as certain economic conditions remain – worked wonders in Canada, by some accounts at least. It anchored expectations and instilled confidence that kept the domestic economy humming while the world around it stumbled.

Can it work the same magic in Britain, where the Bank of Canada's soon-to-depart boss is headed to assume the helm of the Bank of England?

We may soon find out. Mr. Carney, in his testimony Thursday to a British parliamentary committee, touted conditional commitment as a Canadian success that the Bank of England should consider.

The short answer is, it can't hurt. But it might not be enough to help much, either.

"There's not a lot of harm you can do, and there is potential for some benefit," said Eric Lascelles, chief economist at RBC Global Asset Management. "But it's not an overwhelming effect."

In his written submission to the committee ahead of his testimony, Mr. Carney explained his logic behind conditional commitments, which he introduced in Canada in the spring of 2009.

The idea is that in "extraordinary" circumstances (like, say, the massive global recession and financial crisis of the time), when interest rates have been exhausted as a tool to stimulate the economy, conditional guidance on the timing of future rate increases is a basic yet effective unconventional monetary tool.

"In effect, we substituted duration and greater certainty regarding the interest rate outlook for the negative interest rate setting that would have been warranted but could not be achieved," Mr. Carney said.

"The Bank's conditional commitment succeeded in changing market expectations of the future path of interest rates, providing the desired stimulus and thereby underpinning a rebound in growth and inflation in Canada," he said.

"I thought it was a very clever idea," said Christopher Ragan, economics professor at McGill University and the David Dodge Chair of Monetary Policy at the C.D. Howe Institute. "The bank didn't have to expand its balance sheet. It's a nice example of how a very simple announcement translates into actions among private investors."

By committing to hold interest rates steady for 15 months, the Bank of Canada signalled that the global economy would remain weak for longer than many had hoped. The result was a decline in Canada's long-term interest rates, as the market lowered its growth expectations. And the cheaper long-term borrowing rates, in turn, encouraged Canadians to borrow and spend, especially in the housing market.

Or, at least, that's the logic. And the Bank of Canada's own research supports the argument that the conditional commitment helped lower long-term rates. But other economic researchers have suggested the impact was modest and relatively short-lived.

Still, the Bank of England would take even a modest and short-lived stimulus. Its official benchmark interest rate has sat at 0.5 per cent for nearly four years, and since early 2009 it has undertaken multiple rounds of quantitative easing, committing nearly $600-billion to purchase British government bonds. And still, GDP has stagnated over the past two years, and growth for 2013 is forecast at a paltry 1 per cent. While there is some evidence that QE may have saved Britain's economy from serious collapse in 2009, many economists question whether it is having any meaningful effects at all now.

"The [Bank of England's Monetary Policy Committee] hasn't got the tools at the moment to address what's wrong with the economy," said Vicky Redwood, chief U.K. economist at Capital Economics in London.

But Mr. Ragan argues that if QE isn't stimulating Britain's economy, there's little reason to think conditional commitment would do the trick.

"It's not a panacea," he said. "It's a nice, clever policy, but I've got to think it's smaller in magnitude than QE. The U.K. has already done QE. Do we really think a conditional commitment is going to do more?" 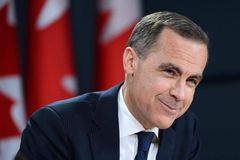 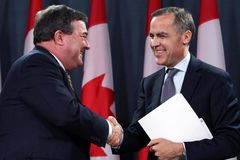 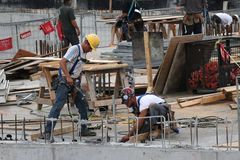 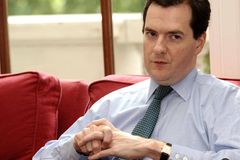 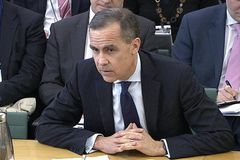