The Darwinian side of life in United States leaves some outsiders aghast. Americans revel in it.

"More than some other countries, we expect people to be self-reliant," President Barack Obama said at Knox College in Galesburg, Ill., last week.

"Nobody is going to do something for you," he continued as his audience applauded. "We've tolerated a little more inequality for the sake of a more dynamic, more adaptable economy. That's all to the good."

That is, it's all for the good until it isn't. And life in America hasn't been like that for some time.

Alan Krueger, a Harvard University economist and the outgoing head of Mr. Obama's Council of Economic Advisers, calculates that the U.S. has become one of the hardest places in the developed world for a child to earn more than his or her parents.

At the same time, ground-breaking research by Harvard's Raj Chetty, University of California, Berkeley's Emmanuel Saez and two co-authors suggests it's easier to climb the ladder in some places more than others, and that areas where poorer families are segregated from middle-income households are "particularly likely to have low rates of upward mobility."

The President and his advisers clearly think a critical mass of the voting public is starting to sense that something about the economy isn't right. Mr. Obama elevated the revival of the middle class to his "highest priority" at Knox College, setting the stage for more speeches and a steady stream of policy proposals aimed at reversing the trend. Earlier this week, at an Amazon.com Inc. distribution center in Chattanooga, Tenn., Mr. Obama suggested cutting business taxes in exchange for a one-time investment in infrastructure to boost the competitiveness of American factories.

Mr. Obama's speeches can have the seductive power of a drum beat: you find yourself moving to the beat, forgetting that the sound could be so much richer if there was a band.

Washington is as divided as ever, and Republicans immediately dismissed the President's overture on taxes this week. The President says he will do what he can by executive order. But the transformative stuff – universal education for four-year-olds, infrastructure spending to make factories more competitive, a higher minimum wage – can't be done without Congress.

Still, political operatives who advise a president don't pick fights that they think are unwinnable. In three speeches since Knox, Mr. Obama has talked about the need to generate economic growth from the "middle out." Do you catch the echo? It was a battle cry. American progressives have launched an all-out assault on "trickle-down" economics.

The intellectual foundation for an economic policy based on the middle class was laid by the Center for American Progress, or CAP, an unapologetically "progressive" Washington-based think tank with close ties to the Obama administration. It started with David Madland, a director at CAP, who articulated the idea of thinking about the middle class a driver of economic growth – as opposed to an outcome of economic growth – in an article in 2011. The group has since focused most of its research and advocacy on the "middle-out" theme. Many of Mr. Obama's policy suggestions – manufacturing jobs, early childhood education, raising the minimum wage – are lifted straight from CAP policy briefs.

If the political left is looking for a fight with the supply-siders on the right, talk like that should provoke it.

A new paper by Greg Mankiw, the highly regarded Harvard economist who led former president George W. Bush's Council of Economic Advisers from 2003 to 2005, shows conservative thinkers won't be rolled easily. Prof. Mankiw provocatively challenges the prevailing view that growing income inequality is hurting the economy, arguing, among other things, that the gap between the rich and the rest is being exaggerated by the extreme wealth generated by the technology boom.

As a thought experiment, Prof. Mankiw imagines an entirely egalitarian world. And then along comes Steve Jobs, or someone like him. The rest of society parts with $100 to purchase Mr. Jobs's invention. That makes Mr. Jobs much wealthier compared with everyone else. But is society worse for it? Mr. Jobs's invention makes people much happier.

Interestingly, the thoughtful economists pushing "middle-out" economics also tend to invoke Mr. Jobs, a child of the middle class. They argue that the next Steve Jobs faces much longer odds of changing the world than did the real one.

Who's right? For a couple of decades, Americans thought they mostly had settled that question. Perhaps not. Their President, a Harvard-trained lawyer, intends to spend the next few years re-litigating it.

Obama vows to use ‘executive authority’ to push forward his economic agenda
July 24, 2013 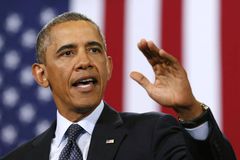