Coming out of the Great Recession, the U.S. got on the road to economic recovery faster and with fewer hiccups than Europe because it did a much better job of quickly repairing its financial system. Without that fix, all other reforms are simply ineffective, says Pier Carlo Padoan, the Organization for Economic Co-operation and Development's deputy secretary-general and chief economist. Still, more aggressive monetary easing by the European Central Bank might keep conditions from worsening.

Economy Lab caught up to the veteran Italian economist after a speech Wednesday at the Toronto Global Forum.

Prices are falling across much of the euro zone. Are you concerned about the risk of deflation?

First of all, let me stress that we don't see deflation yet. [But] inflation has been going down for some time, and it's getting away from what is considered price stability in the euro area, which is below but close to 2 per cent. Now, it's around 1 per cent and may be going down below that in the future if things don't change significantly.

What should be done?

What needs to be done is very simple. The ECB should continue to have a very expansionary stance. There is room for further interest rate cuts [in contrast to the U.S.]. We also suggest that the ECB should consider some other forms of QE [quantitative easing], like intervening more aggressively in some bond markets.

Do you see the ECB heading in that direction?

I think the ECB is very well aware that there are risks [of deflation], although, of course, the [bank's] language has to be very cautious.

What about the German Bundesbank's traditional opposition to easier ECB monetary policies?

There is a very clear problem in the monetary union. The current [monetary policy] stance is just about right and possibly a bit overexpansionary for Germany. But it's certainly not right for the periphery. So the issue is that the dispersion of inflation rates across the monetary union is relatively broad. And therefore, squaring the circle on average is very difficult.

There is a problem of symmetry in the internal adjustment of the monetary union which needs to be addressed. So if there is a bit more expansion in the core and in surplus countries, this is good.

How do you persuade the Germans that this is good for them too?

This is the political question in Europe. What is the interest of Germany? It has been the same question since the crisis broke out. It is about whether or not the euro is viable in the long term. This is a question that remains on the table. Measures need to be taken to make the euro stronger, starting with the way banking union is introduced.

You can convince countries to do things that are in their interests, not things that are against their interests. Germany has a very strong interest in the fact that the euro area grows, because this remains their major market. From that point of view, the OECD has, for a long time now, recommended measures that would boost growth in Germany in terms of more investment and therefore more demand. But also more rebalancing, because that would shrink the [German] surplus.

You have said the benefits of such reforms are longer term in nature. Doesn't that make it an even harder selling job?

Well, the political issue in Germany is very specific and perhaps a bit too narrow. It's about whether or not German taxpayers accept the idea of their money being used to bail out other countries. The fact is that we know from historical experience that monetary unions that survive in the long term have some form of redistribution. Currently, the euro area distribution mechanisms are very, very limited.

If we agree that monetary union, to be viable, requires a strong banking sector, you need to have a regional approach to the way supervision is conducted. This is being done by giving the ECB supervisory powers. But also the way banking crises are addressed. The resolution mechanism has to be done in such a way that we do not reproduce national border lines. ... There is a risk that banking union becomes too fragmented. There must be measures that encourage deeper financial integration.

Are you optimistic this will happen?

Well, we are at a new turning point. The previous turning point was: What do we do with the euro? And this was a whatever-it-takes move. But now we are at a new turning point, which is less explosive immediately, but just as important. The way this banking union is addressed is essential to generate trust in long-term sustainability. Which means being very clear and transparent about stress tests and asset-quality reviews, but also very clear about the new rules. ... How those rules are implemented in transition in a still very fragile environment where banks need to boost their capital is very important. If there is a perception that this can be done only with each government looking at their own banks and without having a more European approach, it may be counterproductive.

Look out below: Europe looms on the verge of deflation
Subscriber content
October 29, 2013 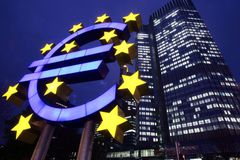 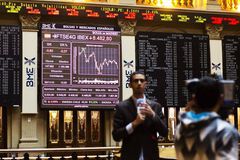